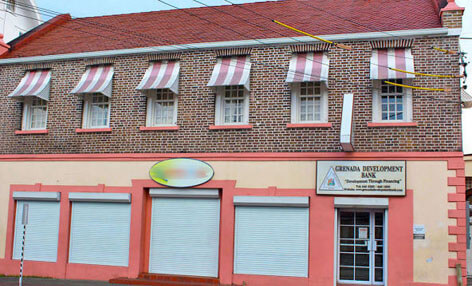 Reaction has been swift to a loan package with the state-owned Grenada Development Bank (GDB) for government contracted workers especially those enrolled in the Imani programme.

The initiative was made known to Grenadians by Finance Minister Gregory Bowen, the Number Two man in the ruling New National Party (NNP) administration of Prime Minister Dr. Keith Mitchell.

Recipients can use the funds to purchase or construct a dwelling home, purchase land for future home construction, and upgrade existing property.

The loan is being offered at an interest rate of 3% with a grace period of one year with the maximum to be given out is $375,000.

The financial package came against the backdrop of claims by government contracted workers that they are unable to access funds from commercial banks and other financial institutions due to their status.

The deal has been unveiled by the Mitchell-led government which is preparing to face the electorate in an election battle that can be bruising against the newlook National Democratic Congress (NDC), headed by a 44-year old attorney-at-law, Dickon Mitchell.

A former Imani employee has welcomed the scheme since hundreds of others were previously locked out from obtaining loans to advance in life.

“That’s something I applaud. I spoke about it and … it’s nice to see them doing something about it,” she told THE NEW TODAY.

An opposition political activist raised concerns about the package in light of past experience with other loan programmes given in previous years by the Mitchell regime.

“Can you imagine they are offering loans with lower interest rates than what is given to students who are studying in SGU and abroad? They are offering 100% financing basically (for) unsecured loans. NNP seems to forget the fiasco with the loans given to fisherfolks and farmers just before the 2008 election. Up to today most of the persons are not paying”.

“My assessment of the loan to contract workers (is that) it is nothing more than an election gimmick to attract votes. The most important thing to contract workers is to make them permanent – that is what will create an impact on their lives. Most of those workers’ salaries are below two thousand dollars, they are therefore living hand to mouth”.

“We all are aware of the outrageous cost of living in Grenada. This means that most of them cannot think about taking any loan. It is my understanding that banks only give loans when your repayments are less than 40% of your salary. To me this … is just an NNP showpiece for election”.

“Imagine the term of that loan for the few that might be able to afford it is better than what is offered as student’s loan. It shows us that NNP really don’t care about the education of the people”.

A senior civil servant questioned how the recipients will be able to manage or repay a $375, 000.00 loan when “they get so little salary.”

“We need to expose the hypocrisy in this,” he said, adding, “For instance, you are on a two year contract and you (get) a loan for $200,000 to build a house and then your contract is terminated, since your house or land was your most likely collateral then the bank seizes that.”

“Wouldn’t it have made more sense to make these workers permanent so that they have a secure job and consequently do not have to worry about losing their contracts and as such being unable to repay the link loan, resulting in losing everything?”

Another local took to Social media to query whether the NNP regime is not using the financial resources of taxpayers to subsidise a loan that carries an interest rate of 3% which is much lower than those offered by commercial banks and credit unions.

“The contract workers deserve the break but is this being subsidised by taxpayers to electioneering ends?”

Another Social Media participant dropped hints that the advent of Dickon Mitchell to lead the NDC and to mount a challenge to Prime Minister Mitchell for leadership of the country might have forced the ruling party to come up with a vote-catching scheme.

He said: “Just goes to show they (NNP) would work harder and become more “creative” when they feel, for the first time in a while, that their bid for re-election may be challenged.”

“If GDB is losing money to make this happen and taxpayers are covering the opportunity cost of the artificially lowered interest rate then ….. grease up and bend over.”

“It’s no doubt another “electioneering gimmick” and we know that it’s all at the expense of the public purse but, at least, it’s a bit more “creative” and impactful than the traditional ‘rum and corn beef’.

“The bottom line is they are feeling pushed to “dig deeper” this time around. And, yes, “deeper” in the pockets of taxpayers to buy some votes…”

“What we are talking about here is not the Bank’s money per se but taxpayers’ money deposited with the bank by Government in the form of a revolving fund.”

A political activist for Congress offered the following comment: “Why don’t they just make the staff permanent and let them go to other financial institutions like everyone else? This is a recipe for disaster or free juice for NNPites. Nothing good will come of this and taxpayers will be left holding the bag. However if this is grant money then it’s a slush fund to buy votes”.

Both the NNP and NDC have been showing signs in recent days of getting their machinery ready for the much anticipated poll that some pundits believe can be called by Prime Minister Mitchell sometime between March and April.