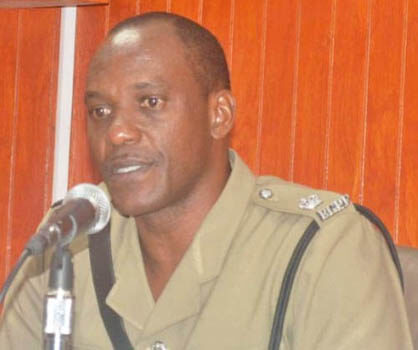 A police officer who served a letter on Prime Minister Dr. Keith Mitchell from a local law firm has had four disciplinary charges slapped on him by his superiors within the Royal Grenada Police Force (RGPF).

This was confirmed to THE NEW TODAY by an attorney-at-law who has been approached by the policeman for legal assistance in the matter.

“It’s true that they have laid 4 disciplinary charges against the police officer. Our office is awaiting instructions from him now,” said the lawyer.

The policeman at the centre of the controversy has been identified as Constable Kenneth Sylvan from the constituency of St Mark of current Minister of Tourism & Civil Aviation, Dr. Clarice Modeste-Curwen.

The policeman is expected to bring the letter detailing the Disciplinary charges to his lawyer to help put together a defense for him to appear before the Tribunal.

Initial reports indicated that the police force now run by Deputy Commissioner of Police, Michael Francois in the absence of Edvin Martin who is on 2 months holiday had transferred Constable Sylvan from the Prosecution Department to an outpost in Victoria, St. Mark.

“This morning he (Sylvan) was informed that he was transferred to Victoria and hours later he was called back to say his transfer is cancelled,” a police insider told THE NEW TODAY.

An angry Prime Minister Mitchell reportedly called the High Command to complain about the policeman coming to the Office of the Prime Minister in the Botanical Gardens at Tanteen to deliver the letter that came from the law firm headed by former Attorney General, Cajeton Hood.

The letter warned the Grenadian leader that legal action will be taken against him for disobeying a Court Order to pay cost in a high court and court of appeal matter that he lost against former Accountant General, Garvey Louison that is related to the liquidation of THE GRENADA TODAY newspaper over a decade ago.

Hood is threatening to bring PM Mitchell before a high court judge to explain why he is refusing to honour a court order and ruling against him.

The disciplinary proceedings against the Junior Police Officer will take place before a Tribunal set up by the High Command to put him on trial in the Keith Mitchell letter issue.

According to a legal source on the island, the Francois-led RGPF has clearly “cooked up” something against the policeman in order to appease Prime Minister Mitchell.

The source said he understood that when the officer was summoned to RGPF headquarters on Fort George, his boss at Prosecution, Superintendent of Police, Vannie Curwen who accompanied him took the position that his subordinate did nothing wrong in the manner in which he delivered the letter from the law firm to the Office of the Prime Minister.

However, he indicated that those higher in ranks than Curwen took the matter into their own hands and “came up with certain disciplinary proceedings against him.”

The legal source described the turn of events involving the Junior Police Officer as quite a laughable matter since no Head of State is above the law.

“…I can’t see why any Head of State could be making a fuss about him being ordered (by a court to pay cost after losing a court case). That just shows you how nasty this guy is. Your lawyer goes to the Court of Appeal and withdraws the matter and the court says, ok you withdraw the matter, pay some cost and you refuse to pay the cost.

Dr. Mitchell is considered to be the richest person to be ever elected as Prime Minister of the country with declared net assets of $19 million dollars as sworn to before the Integrity Commission.