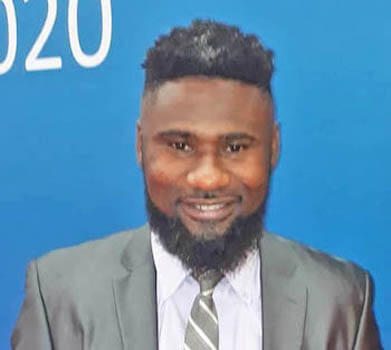 If this thing was so serious how is it that all of a sudden, after being advised by the Minister of Health, and the Minister of National Security that herd immunity could only be achieved through vaccination – how is it possible that everything could just be eliminated?

These were just some of the many questions advanced by Civil Rights Activist, Earl Maitland in an exclusive interview with THE NEW TODAY, after learning of the decision of the ruling New National Party (NNP) government of Prime Minister Keith Mitchell, to revoke the State of Emergency that has been enforced since January 2021, and was last extended in November 2021 as a measure to contain and control the spread of Covid-19 on the island.

Attorney General Dia Forrester confirmed with reporters at the government’s weekly post-Cabinet media brief in St. George’s on Tuesday that Governor-General Dame Cecile La Grenade has made a “proclamation” to revoke the State of Emergency (SOE), which was enforced under Section 17 (3) of the Grenada Constitution, and was due to expire in May.

“In the context of the Covid-19 pandemic, we no longer have restrictions on the movement of people, the operations of businesses, the mandate to wear masks and maintain physical distancing,” AG Forrester told reporters.

“The mandate to demonstrate one’s vaccination status to access services, and all other features of the Covid-19 Emergency Powers Regulations as those have now been repealed,” she said.

According to AG Forrester, while there are “no longer restrictions on the movement of people, the operation of businesses, the mandate to wear a mask and maintain physical distancing, to demonstrate vaccination status to access certain services and all other features of the Emergency Powers COVID-19 regulations,” the Public Health Regulations remain “but only to the extent needed for the purposes of monitoring and screening to determine the status of COVID-19” in the country, and “to take measures pursuant to the Public Health Act that may be needed as with any other infectious disease.”

She also confirmed that travel restrictions, and mandate for testing before, or, upon arrival at the Maurice Bishop International Airport (MBIA) that were enforced under the Quarantine COVID-19 Regulations have also been repealed.

“We are therefore operating without the need for testing prior to or on arrival to Grenada. Likewise, there is no need for individuals to quarantine,” AG Forrester said, however, she noted that although “the Minister of Health has executed the order to repeal those regulations,” this change requires the approval of both Houses of Parliament to be expelled from the law, but was not in a position to say how soon this process will begin.

In managing the pandemic, the Grenada Government has heavily relied on advice from international bodies like the World Health Organisation (WHO), which continues to strongly advocate vaccination as the way out of the pandemic, which has claimed the lives of millions worldwide.

In commenting on the decision now being taken by the Keith Mitchell government and world leaders to ease up travel restrictions, Maitland contended that “if this is the case as the COVID-19 has been advertised by the WHO, and by governments around the world, if they were correct, or that they are correct, prioritising tourism industries at this time, to me suggests that we have been lied to by these international bodies for the last two (2) years.”

“Are they so terrible in their expertise that they were wrong, or is it that we were lied to? Maitland asked, noting that “we have the same COVID-19 pandemic going on throughout the world, and, we were told that we would not achieve herd immunity without at least 70% or 80% of populations being fully vaccinated.

Look at what is happening now, we are seeing the changes that the government told us would not occur without getting vaccinated. So, in reality, time has proven that we were lied to, and this is my unbiased opinion.” he remarked.

According to Maitland, this move to free up restrictions “begs the question, was this really about global control to see if people would actually just follow suit or just fall in line (and) listening to the Prime Minister’s address, he made mention that the New World Order that we have been promised has turned into a new era of disorder.

In my experience, many persons used a lot of subliminal messages, and I am left to wonder if this was one of those messages by the Prime Minister, something that many may not be aware of or might be considered to be a conspiracy theory,” he added.

He noted that “this is not the first time in history that human beings have faced such draconian measures, like the restriction of movement and the wearing of masks,” referencing the 1918 influenza pandemic also known by the misnomer – Spanish flu, or as the Great Influenza epidemic, which broke out at the end of World War I, when wartime censors suppressed bad news in the belligerent countries to maintain morale.”

What we have seen is that time really tells all because we found out from the research that was done that the Spanish flu was something that was the result of test vaccination for soldiers and that it did not even start in Spain,” Maitland told THE NEW TODAY.

Maitland, who compared the COVID-19 pandemic with the Spanish flu, explained that “as we can see in the black and white photos from back then, they had people in those days wearing masks, et cetera, and then things went back to normal again.

It’s ridiculous because the people that get victimised throughout pandemic, their voices are unheard, and it’s like they lose all hope…and that is why these things will continue because what that silence is saying, is that we could be bullied at any point in time, you could just do us anything you want because we will remain silent, and we will just comply, and that is what is happening,” he contended.