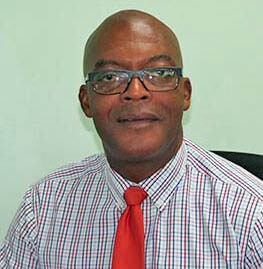 I write this open letter to you about the on-going concerns with the management of the electoral process in Grenada, particularly the functioning of sub-offices in some Constituencies. These concerns have been repeatedly brought to your attention, directly in meetings between representatives of the NDC, you and your staff, in writing by several of our intended Candidates and by reports in the media by party members and the public.

If these concerns are not immediately addressed, it will not be possible to hold free and fair elections in the future, because the electoral process will be compromised. As you know, free and fair elections are the bedrock of our democratic system and can only take place if the electoral process is transparent in accordance with the law and there is public trust and confidence in it.

You are aware of the important role that Registration Officers and their staff at the sub-offices play in the electoral process, from registration of voters and maintenance of accurate, sanitized electoral lists to conducting the poll on election day. Yet, despite repeatedly bringing them to your attention, the following concerns have not been addressed:

Many of these concerns and systemic deficiencies, including the failure to process claims and objections, the registration of people who are not entitled to be registered, assisted by Justices of the Peace and the absence of an accurate, sanitized, updated consolidated list were flagged in the report of the OAS Election Observer Mission dated 14th March 2018. Unfortunately, another election is upon us, and they have not been remedied.

Being at the core of our democratic system, the electoral process must be such that there is public trust and confidence in it. As it stands now, this required public trust is undermined because these persistent deficiencies and flaws are not being addressed. It is your responsibility to fix these flaws.

I therefore put you on notice that in the coming weeks, as Political Leader of the National Democratic Congress and on behalf of the people of Grenada, I will be escalating this matter and, in that regard, will take all steps deemed appropriate.