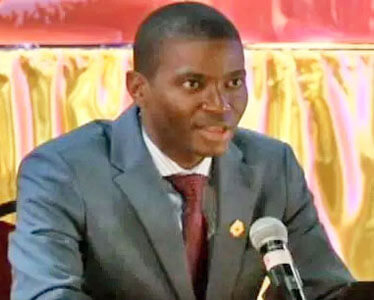 Although, the main opposition National Democratic Congress (NDC) is yet to reveal its constituency caretakers for the highly anticipated upcoming General Election, the newly elected Political Leader, Dickon Mitchell has expressed confidence that the party, which has not been able to win a seat in the last two (2) polls, will come out victorious the next time around.

The 44-year-old Barrister-at-Law, who became the youngest person to be elected to serve at the helm of the NDC during the party’s Convention last October spoke confidently of victory when asked about the party’s ability to win if a snap election is called, during an interview with the host of the Grenada Broadcasting Network’s (GBNs) “To the Point’ programme in St. George’s.

“Yes, snap or long, we are confident that we can win the election, not because we say so (but) because we think ultimately (that) it’s the citizens of the country who will make that determination,” he said.

Dickon Mitchell went on: “We think that the population of Grenada recognises that it deserves better governance than it has had over the last several years…so, an election when it is called will be a referendum on the governance of the New National Party (NNP), and whether the citizens of Grenada, having given it a unanimous overwhelming mandate of 15-0 twice, back to back, are satisfied…”

During his first interview with select reporters earlier this month, Prime Minister Keith Mitchell, who also expressed confidence that his incumbent NNP administration will be re-elected for a third consecutive time, downplayed talk that he may call elections ahead of schedule.

“There are those who are saying that the opposition is dis-organised, and you should call it (the election) now (but) I don’t share that view. An election is called for the improvement of the people of the country, not just for a political party to get an advantage over the next one.

“So, the decision to call election will be based on what is necessary at a given time, and I have consistently said, when we call the election, of course, we use the advantage of incumbency but it will only be in the country’s national interest.

However, a female politician, who has worked closely with the NNP for several years, told THE NEW TODAY that Prime Minister Mitchell is looking to call the election “between now and March” intending to “catch the opposition off-guard.”

But the newly elected NDC leader, who advocated for a fixed date to be set for General Elections to be held, expressed the view that “the system where someone can say that I have a bell in my pocket, and I can ring it at any time is outdated.

“Frankly it’s counter-productive to democracy, and it doesn’t lead to good governance because essentially, it means that you are exploiting the system for political advantage,” he remarked.

Dickon Mitchell who, contended that “one set of people are not entitled to govern the country,” proposed that “as a nation, we need to talk about issues such as having a fixed date for election, so that the date is known in advance…and that all political organisations, and persons who want to take part in the political process, can work backwards from that date rather than being in a position where the party in power always has the advantage of choosing to call the date for elections at its convenience”.

“We need to ensure that we create a culture within our political system that says, you serve, and then you move on so that other people can serve. You can’t hold offices, and take them to your grave. We don’t operate a system of a monarchy, we are a democracy,” he said.

The new Congress leader believes that “clear term limits, not just for who becomes (the) Prime Minister but for parliamentarians as well… will give the next generation of Grenadians the assurance that they will not be prevented but will be mentored, and encouraged to get involved in civics in political life to serve their country”.

Newly appointed Congress Chairman, Tevin Andrews has disclosed that the party will complete its vetting of potential constituency caretakers in the coming days.

“…I am asking the people to bear with us. In a matter of days, it might be a matter of a week or two (2) but very soon some announcements will be made. I can give you that assurance,” said Andrews who was a guest on Tuesday’s “To the Point” Programme, one day after the Consolidated Electors List was released by the Parliamentary Elections Office (PEO) for inspection.

“What I can tell you is that very soon the general public will be updated on caretaker candidates from the National Democratic Congress (NDC)…the party is going through a process to ensure that we choose the best, the finest among us that will take us into a general election and win…we are serious about the change that we want to see in this country, and we want to get it right..,” he told the host.

THE NEW TODAY understands that a few persons who were once associated with THE GRENADA MOVEMENT (TGM) of former ambassador, Dr. Patrick Antoine have formally served notice to be considered for selection to contest the upcoming poll on a Congress ticket.