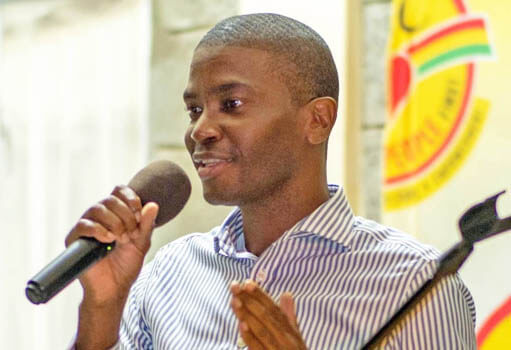 A government of the National Democratic Congress (NDC) will bring about far reaching changes to industrial relations between employers and trade unions on the island.

This statement was made by Congress leader, 44-year old attorney-at-law, Dickon Mitchell who is preparing to lead the party into the upcoming general election which Prime Minister Dr. Keith Mitchell had stated publicly will be called very soon as he intends to ask Governor General Dame Cecile La Grenade to dissolve Parliament.

Addressing a Town Hall meeting in the south of the island, Dickon Mitchell said that a Congress government will amend the Labour Code to ensure that there is an efficient, affordable and effective dispute resolution mechanism to address disputes between individual employers and individual employees and between trade unions and employers.

He said the proposed amendments will include a 30-day limit by which the Office of the Labour Commissioner must hold a Mediation meeting between an employer and employee whenever either side raises a dispute or a grievance or a conflict between a trade union or an employer and an employee.

“We will eliminate sending any disputes to the Minister of Labour who is a politician and oftentimes holds other portfolios and is too busy and not that interested to adequately and effectively and in a timely manner address grievances or complaints by employees or trade unions or employers,” he told the gathering.

Against this backdrop, Dickon Mitchell said there is no point in sending disputes to the Office of the Minister of Labour.

The Congress leader announced that the ruling of the arbitration tribunal will be final. And binding of all parties involved in the dispute.

Dickon Mitchell stated that this process will also serve “to abolish the distinction between Essential and non-essential workers”.

So, we would abolish the distinction for the purposes of dispute settlement between Essential and Non-essential workers. All workers deserve dignity and all work is essential.

We expect that in doing so we would be providing to both employers and employees a swift, cheap and efficient means of resolving disputes.”

According to Dickon Mitchell, this process which will form part of the sweeping changes to labour relations on the island under a Congress administration, is better suited for industrial disputes, employer/employee grievances, in order to secure “a quick and efficient resolution dispute process than going before a court.”

Related:  Dickon Mitchell speaks on the mindset of PM Mitchell going into the election

Court processes and court procedures are not the kinds of avenues to be used to deal with industrial type relations matters. This has been the case for quite a while.

The challenge in Grenada is that we have not addressed this head-on and we have allowed it to meander its way over the last decade into no man’s land.

We intend to make these amendments to the Labour law within 90 days of forming the government.”

The NDC leader also recommitted his party to start the process of paying government employees every fortnight instead of at the end of each calendar month in the year.

This was a policy outlined by Congress in the 2018 election when the party was led by then former Finance Minister, Nazim Burke.

Dickon Mitchell told the Town Hall meeting that the plan is to start the process in the public sector and then engage through consultation with the private sector to try and get them to follow suit.

He noted that in some areas of the private sector, workers are already being paid fortnightly.

He said that in those areas of the private sector where this is not the case a Congress government “will enter into dialogue and discussions and consultation with the private sector, with the employers, with the Chamber of Commerce, with small and medium businesses to encourage them, and if necessary to legislate and put into law that our employees shall be paid bi-monthly across all sectors of Grenada.’

“…We commit to doing so again within the first 24 months of our taking office,” he added.

The NDC leader also addressed the plight of workers who are forced to borrow money at excessive and high interest rates of between 14 to 16% from some lending institutions which often put them into “a debt trap cycle that they are unable to come out of.”

In many instances, he said this is due primarily to their inability “to manage the cash flow because they are paid once a month.”

“The bills are not just once a month but are often scattered in the month and sometimes come in the middle of the month.

We want to give our workers the opportunity to better manage their cash flow and to remove themselves from that type of debt trap by ensuring that they are paid twice a month,” he said.

Dickon Mitchell urged members of the private sector “to start examining and looking at putting the necessary accounting and administrative structures in place, as well as our banking and lending institutions to begin the process of transforming how our workers are paid and encouraging them to be paid twice a month.”

The NDC leader also gave a commitment that a Congress regime intends to raise the minimum wage of all workers in every sector of the economy after consultation with the Grenada Chamber of Industry & Commerce, Grenada Employers Federation and trade unions.