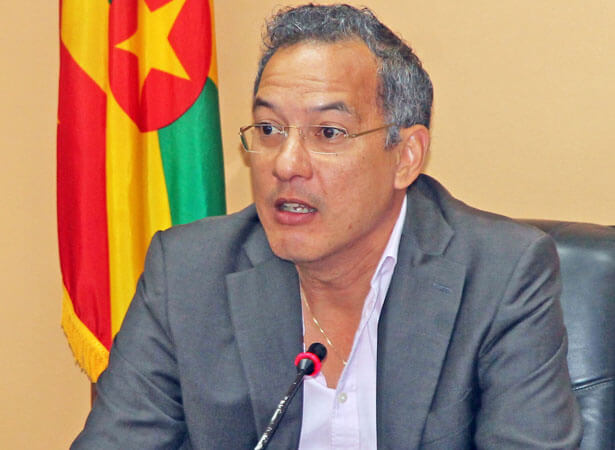 As Grenada continues to relax COVID-19 prevention methods, local health officials have announced that variants of the original virus have been discovered on the island.

The three latest cases were discovered in people who arrived from abroad and are now in quarantine while the Ministry of Health awaits results from the Caribbean Public Health Agency.

On Tuesday, Health Minister Nickolas Steele said they have confirmed that one of the three who tested positive is carrying the Delta variant and that by the end of this week they will find out from CARPHA what type of variant the other two are.

There are currently eight variants of the virus that have emerged globally. The World Health Organisation has classified each emerging variant as either a Variant of Concern (VOC) or a Variant of Interest (VOI).

Minister Steele, who has been increasingly strong in his condemnation of vaccine hesitancy, said Grenada will not escape from the variants coming into the country.

“It’s just a matter of time before we do find one of the more deadly variants and hopefully we’ll be able to have that individual contained in quarantine but as you are aware, those variants are less forgiving and any breach or any interaction with the unvaccinated by someone who is positive with one of those variants puts us all at risk,” Minister Steele told reporters at a post-Cabinet news conference Tuesday.

The Ministry of Health and the government of Grenada have been on a drive to ramp up vaccination numbers and it has been made mandatory through policy at quarantine sites and among frontline workers in all sectors including hotel staff.

At least one bank has also made it mandatory. The Grenada Co-operative Bank Limited told staff they must be vaccinated and those who qualify for exemption for health reasons will be required to take a PCR test every two weeks, at their own expense.

Workers at the St George’s University (SGU) who refused vaccination have not been able to go to work and many of them have been on the picket line since June 16, a day after a mandatory vaccination policy went into effect.

The government’s approach to getting national buy-in for vaccination has been criticised as lacking compassion, cowardly and untruthful and some believe that the full picture on vaccination is not being properly articulated to the public.

Speaking in St George’s this week, Dr. Kenneth Robert of Vidant North Hospital and Regional Medical Director of the Vidant North region in the United States said Grenada needs to utilise medical professionals to speak on the issue of vaccination and not make it a political issue.

Dr. Robert supports vaccination and is encouraging people to take the vaccine as he agrees with the science that says it is the best chance of fighting the pandemic.

The medical expert spoke at a press conference in St George’s on Tuesday, organised by Grenadian Senator Rolanda Mc Queen who is also supporting vaccination.

Only a third of the targeted 70 percent of the population have at least one dose of AstraZeneca which is said to be effective against the variants such as Delta.

There is currently no official public data in Grenada on vaccine related deaths or severe reactions but a group which opposes mandatory vaccination, known as Conscious Minded Grenadians is creating its own database with reports from the public of adverse reactions to AstraZeneca.