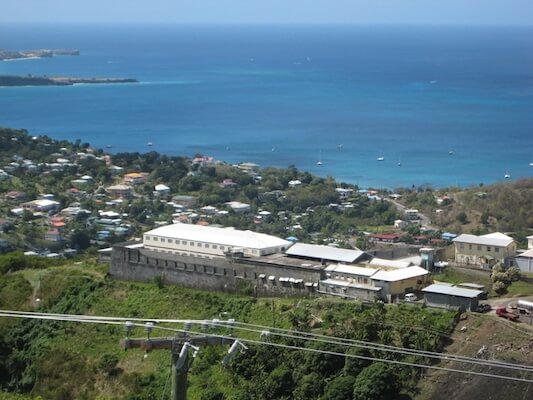 There are conflicting reports about the number of persons suspected to be stricken by Covid-19 at the Richmond Hill prison.

Acting Commissioner of Prisons, Superintendent Damion Lee of the Royal Grenada Police Force (RGPF) told THE NEW TODAY Monday that there is only one suspected case at the moment.

However, a senior lawyer said that the figure of two was given by a senior Sergeant at the prison during a meeting held earlier in the day on Monday between Magistrates including Acting Chief Magistrate Teddy St. Louis and members of the Criminal Bar to look at possible changes in the manner in which court sittings will be held.

He disclosed that the senior prison officer who was in attendance at the meeting informed them that there “were two active Covid cases at the prison”.

Supt Lee could not be reached Tuesday by THE NEW TODAY to clarify the situation.

However, he said on Monday that the prisoner Rapid tested positive for the virus and that they were awaiting the final results from a PCR test that was conducted on the inmate.

According to the lawyer, the suspected Covid-19 case at the prison has resulted in the authorities there enforcing “a lockdown” in the facility.

He made mention about a sitting of the Magistrate’s court on Friday in which an individual was remanded to prison but because of the Covid-19 situation the sitting Magistrate ordered the person to be placed in quarantine in their own home.

He said the prevailing situation now at the Magistrate’s Court is similar to what existed at the start of the coronavirus pandemic back in March 2020 when the court took the decision not to send persons to be held on remand at the prison.

“I have several prisoners calling me asking if I could get them bail because of the two cases – the entire prison is aware that there are two cases,” he added.

According to the attorney-at-law, the Magistrates were only sending persons charged with murder on remand to the prison when the virus first hit the island.

“Everybody else (were) getting bail and put on quarantine, so the same situation obtains now,” he said.

“We have two cases, according to (name of Prison Officer withheld) and they are not accepting no non-serious offences in the prison right now. Serious is considered any of the capital offences,” he added.

The lawyer disclosed that the members of the Criminal Bar on the island are very concerned about the safety of the Magistrate’s court as Grenada is now facing a Covid-19 crisis with cases soaring daily.

He said the meeting discussed a plan for sittings of the Magistrate’s Courts to be held remotely like what obtains in the High Court and Court of appeal.

“We have to do something – we have to ask the Attorney General to extend the legislation that covers Remote high court to make the Magistrate’s Court remote”.

THE NEW TODAY understands that yesterday’s meeting was chaired by attorney-at-law Ruggles Ferguson of Ciboney Chambers and attended by lawyers such as Derrick Sylvester and Jerry Edwin.

Grenada has now recorded 461 positive Covid-19 cases within the past 17 months and only two deaths.

The latest person to fall victim to the deadly virus is a female from Gouyave, St John who died on Monday from Covid-related health issues at the St George’s General hospital.