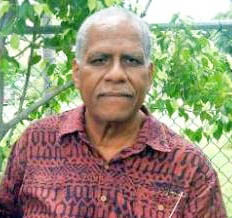 Bernard Coard – a previously unknown revelation made about him

Thirty-eight years after the collapse of the 1979-83 Grenada Revolution, one of the top leaders revealed for the first time that former Deputy Prime Minister Bernard Coard had attempted to take his own life after U.S and Caribbean troops stormed the island in the wake of the bloody massacre at Fort Rupert/George in which Prime Minister Maurice Bishop was executed.

The burly Coard has been identified as the person who came up with the idea of Joint Leadership between Bishop and himself to run the then ruling New Jewel Movement (NJM) which came to power in a March 13, 1979 coup d’état against the elected Eric Gairy government.

The proposal was put to a vote at a meeting of the NJM Central Committee by Lieutenant-Colonel Liam “Owusu” James to bring back Coard into the leadership of the party after he had stepped down a year earlier from serving on the top decision-making body as well as the Political Bureau of the party.

Bishop was out-voted by most of the members of the Central Committee who were loyal to Coard and revered by them as their ideological leader in a secret cell group known as the Organisation of Revolutionary Education and Liberation (OREL).

In an exclusive interview with THE NEW TODAY last weekend, former Army Commander General Hudson Austin said that Coard who is now living in Jamaica after spending over 25 years in prison for Bishop’s murder had contemplated killing himself while on the run to escape U.S and Caribbean troops who landed in Grenada on October 25, 1983 to topple the bloody coup leader and to help restore law and order.

“He (Coard) attempted to commit suicide – you won’t hear that – the man who tell me that won’t tell you that,” he said.

“When he (Coard) realised the foolishness he did and the Americans invaded the country (he tried to take his life). He was hiding somewhere – I know he was hiding in a house in Morne Jaloux – the Salhab’s house, he had some friends living there,” he added.

According to General Austin, the former Number Two man in the Grenada Revolution decided to move from there to another secret location and when he was going through the bush with his Jamaican wife, he told the escort it was better to shoot and kill them.

Austin said: “…He (Coard) wanted that guy to shoot them – he and his wife – they were telling the guy they couldn’t undergo all that pressure. And he attempted to kill himself, to throw himself down a bank but all he ended up getting is a bad back. Up to now he’s still suffering from a bad back”.

“When he realised the foolishness he did and he won’t be able to take the pressure he tried to commit suicide. That is no lie because the man who was there with him won’t lie because he wanted that man to shoot him and his wife”.

Austin also debunked claims made by Coard when he was put on trial for the murder of Bishop that he was taken into a dungeon on Fort Frederick minutes after a crowd of supporters had freed Bishop from house arrest on October 19, 1983 and he did not know of the bloody massacre on the fort until later in the day.

According to the ex-army strongman, this was nothing but a lie told by the ex-deputy Prime Minister to the high court in making an unsworn statement from the dock during the Maurice Bishop murder trial.

Austin said he spoke to Coard on the day of the executions of Bishop, along with government ministers (Unison Whiteman, Norris Bain and Jacqueline Creft) and he was not lying down within the walls of Fort Frederick as he intimated to the court.

“Bernard Coard is a real liar,” he said.

U.S forces found Coard and his wife hiding in a house at Mt. Parnassus in St George that was owned by a member of the Roberts family who were known to be close supporters of the Grenada Revolution.

General Austin was also captured by the Americans along with two other top members of the now disbanded People’s Revolutionary Army (PRA) in a house in Westerhall Point.