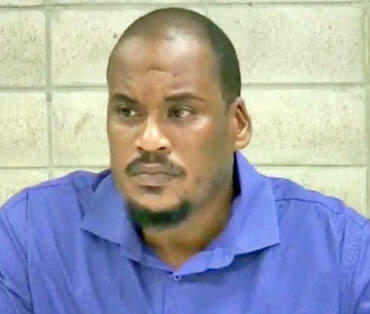 A senior public officer in Grenada has put the leadership of the Public Workers Union (PWU) on notice that it runs the risk of a possible lawsuit if they interfere with a high court ruling from Justice Raulston Glasgow in favour of pension for civil servants.

THE NEW TODAY was able to obtain correspondence between the officer and union boss, Brian Grimes.

The officer also expressed concern with union officials accepting an invitation extended by the government of Prime Minister Dr. Keith Mitchell in light of the Glasgow ruling that will cost the state millions of dollars in pension payments over a near 40-year period.

He told Grimes that a group of public servants has invited him “to join in possible legal action against the Union should any delegation or representative attend (last Friday’s) Special Policy Consultation on Pension”.

“The court has reinstated pension, the Union can’t go against the ruling and negotiate since there is nothing to negotiate. The ruling of the court is clear and Government must now start to pay pensions to public workers,” he said.

“Should you, the PRO or any other representative attempt to engage in negotiations on this matter, the Union will be faced with a swift lawsuit particularly since the Government have not stated in writing its acceptance of the judgement,” he added.

According to the public sector employees, it would be irresponsible of the Union “to engage in any discussion with Government at this time”.

“Therefore, I will consider joining in on the lawsuit if the Union entertains any discussions or engage in negotiations with Government on this matter at this time. A word to the wise is enough,” he told Grimes.

The public officer also raised with Grimes the decision taken by two of the three public sector unions to sign a controversial Memorandum of Understanding (MOU) agreement with the ruling New National Party (NNP) administration on Pension Restoration on the eve of the 2018 general elections.

The MOU was signed by the Technical & Allied Workers Union (TAWU) of Andre Lewis and the Grenada Union of Teachers (GUT) then under the leadership of Lyden Lewis.

The PWU only signed onto the agreement after the election in which the NNP swept all 15 seats at the poll.

Noting that when the unions engaged in signing “an ill-advised agreement with Government last elections, they were not representing public workers who have a constitutional right to pension”.

“Engage in any foolishness this time and it will be challenged in the court of law,” he told Grimes.

When contacted by THE NEW TODAY for comment on the issue, Grimes said he does not see the current situation reaching the stage where civil servants will be forced to take legal action against their own union.

He said the PWU executive is “not representing themselves but the interests of public officers”.

Former Attorney-General, Cajeton Hood who represented GUT in the Pension issue in the high court battle told teachers two weeks ago that they had the option to sue their executive if the members of the body engaged in any discussion with the Mitchell-led government that sought to interfere with the court ruling in their favour.