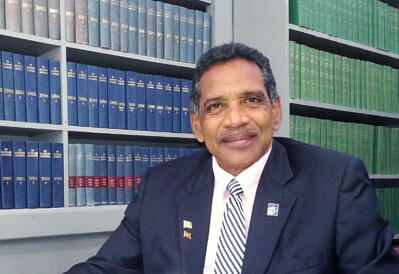 I feel confident that our arguments will prevail.

Those words were uttered by newly-designated Queen’s Counsel James “Jimmy” Bristol to THE NEW TODAY after presenting arguments Thursday on behalf of three public sector unions on the battle with the Keith Mitchell-led ruling New National Party (NNP) government on pension for public officers who joined the service after 1983.

The Public Workers Union (PWU), Grenada Union of Teachers (GUT) and the Technical & Allied Workers Union (TAWU) have been the bargaining agents for thousands of public sector employees who face a grim financial future on retirement following the passage of legislation by the then 1979-83 left-leaning regime of Maurice Bishop which had suspended the Grenada Constitution and also set up the National Insurance Scheme (NIS) to deal with benefits for government employees.

The unions have argued over the years that once the Constitution was restored that the workers who joined the service after April 4, 1983 were entitled to Pension benefits that dated back to the 1950’s and were included in the 1974 Grenada Constitution.

During the hearing of the matter before high court judge, Justice Raulston Glasgow, Senior Counsel from Trinidad & Tobago, Douglas Mendes who argued on behalf of the State put forward the position that the NIS act is the one that applies to Public Officers and nothing else.

Mendes said that there was no infringement of the Grenada Constitution where pension for public officers is concerned because the NIS act provides pension for them.

Former Attorney General Cajeton Hood and attorney-at-law, Ruggles Ferguson were the other two lawyers who appeared in the case on behalf of the unions.

Bristol, QC, countered Mendes, SC by referring to an earlier ruling handed down by the OECS Court of Appeal by former Chief Justice Sir Dennis Byron in the Mc Queen case, in which it indicated that the NIS act did not produce a new pension scheme or get rid of the original one.

Bristol contended that the original pension scheme still stands and that the Pension Disqualification act in purporting to take away Pension from the post-1983 public sector employees was unconstitutional.

“… You can’t take away Pension like that under the Constitution,” the senior attorney told THE NEW TODAY after the hearing.

Bristol expressed satisfaction with his arguments and said it “went alright”.

Justice Glasgow gave the lawyers on both sides until October 9 to present their Written Submissions to the court to close off the case.

Bristol also addressed the much-talked about issue of Pension Restoration which the Mitchell-led government had been promoting to public officers in the build-up to the 2018 election when it signed a Memorandum of Understanding (MOU) with GUT and TAWU on the eve of polling day.

According to Bristol, there is no Pension restoration because the pension is there but the government was just not honouring it.

“They are talking about restoration as though they are giving you a gift but you are already entitled to the Pension but they are doing that for votes. They are not giving anything (just) obey the law,” he said.

The seasoned attorney-at-law holds strongly to the view that every public officer who joined the service after April 4, 1983 is entitled to the Pension under the original law dating back to the 1950’s.

Bristol said he anticipated that the judge will give his ruling before year-end on the issue which attracted the attention of thousands of public sector employees who found the link to hear the entire proceedings in the case before Justice Glasgow.

He said the most important thing in this issue is to get the court to rule on what law applies to public officers and their pension especially for those who joined the service after April 4, 1983.

“If the final court finds in our favour it is then to collect (the millions owed to those public officers who qualify for pension in the post 1983 era)”.

Bristol anticipates another battle in the making with government to collect the outstanding monies that will be owed to public officers if the court goes along with their arguments.