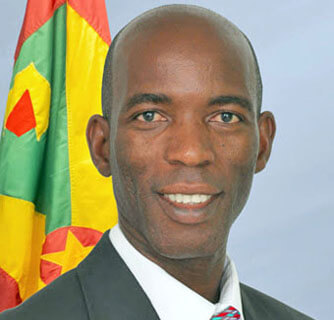 Opposition leader Tobias Clement has told Parliament that hundreds of Grenadian farmers have been forced to spend the Christmas holiday in limbo as cheques issued to them by the state-owned Marketing & National Importing Board (MNIB) were not honoured by its banker.

In an exclusive interview with THE NEW TODAY, Clement, the Member of Parliament for St. George North-east said that he raised the issue at Tuesday’s sitting of the Lower House of Parliament as farmers have contacted him to raise the issue with the government of Prime Minister Dr. Keith Mitchell.

He indicated that the farmers informed him that the Marketing Board issued cheques to them this week and the cheques “were bounced”.

“How can you give farmers cheques that cannot be honoured at this time? It happened before in the past and it is happening now,” he said.

According to Clement, the MNIB workers also approached him on their financial predicament at the state-owned body.

He said that some workers will get their full monthly salary but others only get half a month’s pay.

He charged that the workers at this state-run institution are not happy with the manner in which the ruling New National Party (NNP) administration of Prime Minister Mitchell excluded them from Christmas bonus payment for workers who contributed in the fight against Covid-19.

The Opposition Leader said the MNIB workers believe that they should not be excluded as during the early days of the pandemic when the country was on lockdown they were called out by the regime to collect produce from farmers.

He recalled that even a worker at the Marketing Board had contracted Covid-19 and died from the disease.

Clement said the MNIB workers feel that they are being “treated as outcast” by the current NNP regime.

In addition he said the workers there complained to him that they have not been given an increase in salary for the last 8 years unlike other different categories of state employees.

The Opposition Leader indicated that the MNIB workers are alleging that the financial embarrassment facing the statutory body started with the appointment of government by a party activist to take over the running of the business and blame him for “destroying Marketing Board.”

Clement said that morale is low at MNIB as the workers are turning up to work but are not feeling secure on the job.

He stated that the workers are not blaming the new Management team at the Marketing Board as they inherited a statutory body that was already in dire financial straits.

“So that is the plight of the poor farmers and the workers,” he said.

An investigation into alleged financial impropriety at the MNIB by the Integrity Commission headed by former Solicitor General Anande Trotman-Joseph has seemingly gone “cold” and is believed to be locked up in legal battles.

Former Chief Executive Officer (CEO) of Marketing Board, Ruel Edwards was widely regarded as the main person of interest in the investigation.