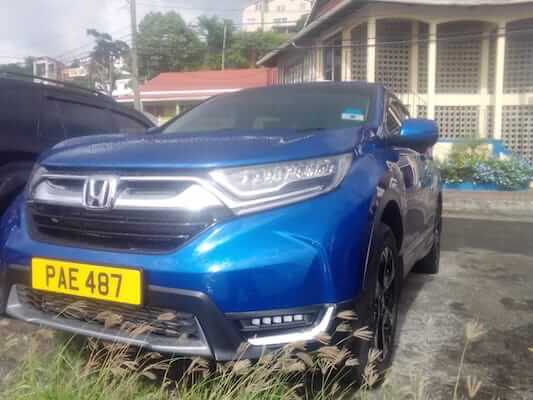 This is the vehicle that was broken into and driven by former Deputy Commissioner of Police and current General Manager at the Grenada Ports Authority, Frank Redhead

Less than a month after picking up his new job as General Manager of the Grenada Ports Authority (GPA), former Deputy Commissioner of Police, Frank Redhead has been forced to turn to the Royal Grenada Police Force (RGPF) for assistance as his car was broken into this afternoon.

Well-placed sources told THE NEW TODAY that the vehicle which was parked just outside the compound of the Port Authority on the Carenage was broken into by someone less than half-an-hour ago.

Redhead confirmed the incident but could not say what was removed from inside the vehicle.

A team of police officers from the Criminal Investigation Department (CID) of the police force visited the scene “dusting” the vehicle for fingerprints.

Speculation is rife that the vehicle belongs to the Port Authority.

THE NEW TODAY understands that the police might have retrieved CCTV footage in the area as part of the ongoing investigation into the break-in of the vehicle.

On June 28, GPA issued the following internal memo to staff members on the appointment of Redhead to replace Carl Felix in the position of General Manager:- 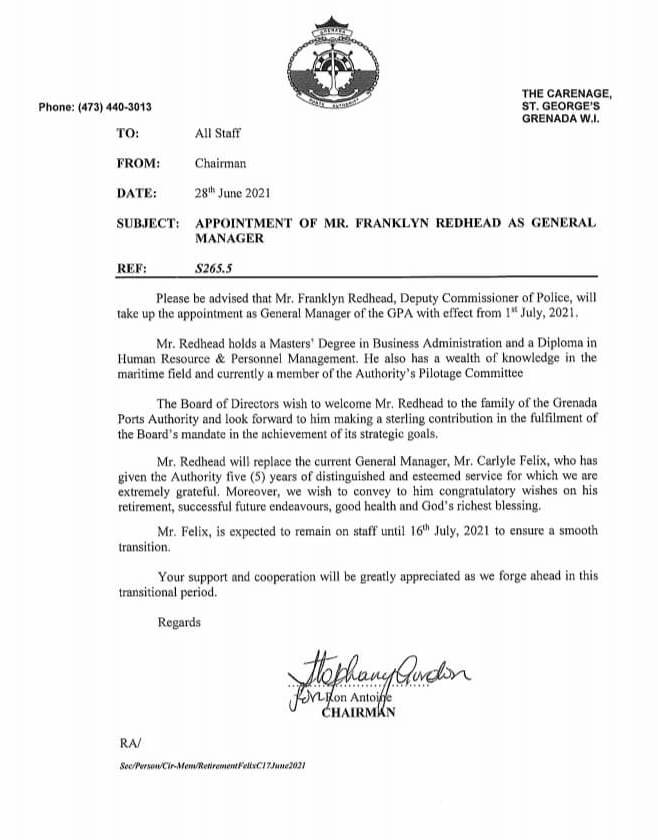