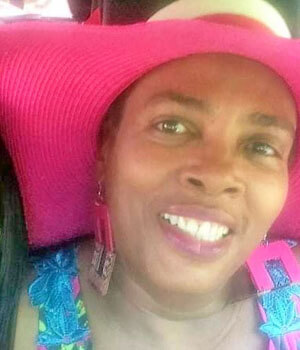 Joan Joseph – her BEM award is being questioned

The British Empire Medal (BEM) award given to retired school teacher, Joan Joseph the estranged wife of Foreign Affairs Minister, Oliver Joseph in the Queen’s New Year’s honours list, is being met with several negative remarks from a wide-cross section of the population.

THE NEW TODAY contacted a number of locals on the list which was released by the Keith Mitchell-led ruling New National Party (NNP) on January 1.

A prominent Grenadian living overseas accused Prime Minister Mitchell and his party of making “a mockery” and also diminishing “the value of every national institution and recognition award” over the years.

“This is just another example. Unfortunately, many in our society appear to be driven primarily by greed and selfishness so until the good people, who I believe are still a majority, stand up, speak up and vote, Grenada will continue to be led by the kind of politicians we have in office today,” he said.

Another Grenadian who operates in the New York area chided the NNP regime for the partisan political manner in which it has been bestowing awards primarily on its own supporters.

He said: “We are watering-down these awards. While they should all be replaced by National Awards that have a truly independent Grenadian genesis, they have been accepted as what we have for the time being, but are now being treated and seen as tools to be utilised in the service of political expediency.

“They are being traded in the political marketplace; and they are being rendered worthless, when they are bestowed upon individuals who fail to meet any objective criteria of what’s considered yeoman and selfless service to society and humanity”.

One opposition politician remarked: “…. She (Joan Joseph) was a teacher who recently retired. Joan was not known for any significant work apart from her paid job,” while a resident of St David in response, noted, “she does not qualify. She did nothing significant”.

Two other persons from the parish said, “From what I know of her it was a surprise,” and another commented, “Everything is true. I live in the St. David area and was wondering whether there was someone of the same name from a different parish. The same may be true of the awardee to Health”.

One close neighbour of Joan Joseph said, “Everything …said is true, I don’t find she deserves it. She only taught at Kindergarten – Grade 1 and Grade 2.”

A former employee of the Ministry of Education who recently retired from the service did not ever recall the name of the minister’s wife being mentioned at any level in the ministry.

“I worked in Education for 20 years and did not even know the person. These people are very good for looking out for their own people. Yes, I sent it (the name) to other persons in Education and they don’t know her,” he said.

Another former educator took a pot shot at the wife of the senior government minister.

He said: “First time I heard that name was (January 2) and I was an active teacher and GUT member for over 30 years.”

Another colleague of Joan Joseph in Education told THE NEW TODAY that she knew the new BEM medal awardee for years and did not see her getting this kind of recognition.

“Yes. Worked with her for over 20 years – Was not involved in anything in the school,” she said.

A similar sentiment was echoed by an individual who was born in the St David area.

He said: “I have known her for several years – she and I are good friends. The only thing I know of her is (that she is) a retired teacher I don’t know of any significant work. She was not known for any significant thing in education”.

The only positive response in favour of Joan Joseph came from a retired public officer who said, “I know she was a teacher and a good one but nothing more.”

A strong supporter of the main opposition National Democratic Congress (NDC) voiced his concerns about the award.

“She was very instrumental in helping Oliver (Joseph) to win his seat. Although they live in the same house they are also separated. They are friends only when election time comes around”.

Another Congress member said: “Ok, so the above clarifies who Joan Joseph is, I was wondering who she was, when I saw the name. She is called to fame because of nepotism, that’s all there is to it”.

The most significant name on the New Year Honours list of Queen Elizabeth was three time Olympic winner in the Men’s 400 metres – Kirani James who ended up with the award of Commander of the Order of the British Empire (CBE).