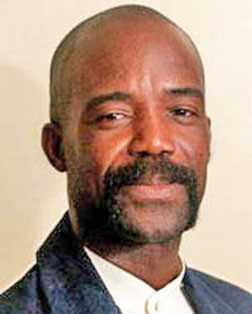 Pastor King – head of a local church in River Sallee

One of Grenada’s most outspoken religious leaders, Pastor Dave King of the River Sallee Pentecostal Church has accused some clerics on the island of selling out the independence of the church to the powers-that-be including governments and the World Health Organisation in the fight against the coronavirus pandemic.

In a voice note obtained by THE NEW TODAY, Pastor King said some religious leaders are seemingly afraid to speak out on national issues and warned that where there is no direction, the people run wild.

“The day the preacher goes silent the nation suffers, the vulnerable are taken advantage of,” he said.

“Enough is enough,” he quipped.

The religious leader said the church has allowed the powers-that-be to infiltrate, muzzle, and divide and control them.

Pastor King took offense to the directive given by those wielding State power as to when the churches can open their doors to the congregation in the Covid-19 period and that some people were seen welcoming this development.

Pastor King stated that some religious leaders have seemingly lost sight “as to who heads and gives direction to the church.”

“These are not the heads of the church. Christ is the head of his church. The church is subject to Christ, not the powers-that-be”.

“There is more in the mortar than in the pestle. There is an agenda – the agenda is hidden. The powers-that-be are not representing us as citizens and as church – they are representing some hidden agenda but what is in the dark must come to light”.

Pastor King was specific in identifying the powers-that-be external forces as not only the WHO, but governments around the world and even some religious leaders.

He warned that the plan of these powerful forces is “to destroy the church, in attacking the church, shock the church (and to) stifle the church.”

“Finally, to the powers-that-be, be sure – your sins, your hidden agenda will surely find you out”.

According to Pastor King, he has discerned in the society the “betrayal of trust” by church leaders in light of what he called the 3 C’s that are very prevalent in the current Grenadian society – Conniving, Controlling and Confusion.

He indicated that he chose not to be “politically correct” but to be “biblically correct” and that he has a deep suspicion that the church has become the target of the powers-that-be.

He suggested that Covid-19 is not the worst thing to happen to mankind in the past 19 months since the virus swept across the world but rather “the hidden agenda” by the powers-that-be.

Speaking solely on behalf of his church at River Sallee in rural St Patrick East, Pastor King recalled last year when the first Covid-19 case was discovered in Grenada, he instructed those pastors and clergymen aligned to his church to suspend church service until it was safe for them to do so.

He said the intention was for those in his clergy to re-open the doors of the church when it was safe to do so “as intelligent, responsible people (but) we were told by the powers-that-be, we must write to the powers-that-be to get permission to conduct regular services.”

“I called that stupidness and nonsense,” he said, but quickly added that “sad to say”, he did not get support from the other religious leaders.

The Pastor described this state of affairs as nothing but “succumbing to the powers-that-be” and amounting to selling “our birthright” out to them.

Pastor King reminded pastors and religious leaders on the island that they fall into the category of frontline workers “not by the declaration by the powers-that-be but by your calling.”

“We are the ones that visit the sick, bury the dead, christen babies, baptise persons. We cast out devils”.

The religious leader dropped hints that every other frontline worker except religious leaders were allowed to visit the hospital by the powers-that-be during the pandemic.

“Doctors in the past were happy for our visits. Patients were privileged to call for their pastors, deacons and elders to pray for them but not now,” he said.

According to Pastor King, the church is not allowed to carry out functions but mini buses are allowed to carry a full capacity of 17 persons but everything that is church-related involving a pastor, priest, and deacon there is a number to it.

He made specific mention of limitations placed on funerals as well as persons attending weddings for only 20 persons even if the church holding the activity is big enough and maintains the 6ft social distancing requirement and can accommodate many more persons.

Pastor King also took a shot at the imposition of no movement on weekends to prevent the spread of the deadly virus and to prevent people from moving around, except for vaccination and testing.

However, he said that during the same week “we had no problem (with movement) – work as usual, people travelling all over the place as usual, shopping as usual”.

The cleric noted that the Sabbath keepers worship on Saturday and Sunday but were prevented from going to their place of worship by the powers-that-be.

He also lamented that people are no longer allowed to obtain qualification to get a job in Grenada but just have to take the Covid-19 jab.

This is an obvious reference to the stand taken by some private sector enterprises especially in the tourism sector that only fully vaccinated persons will be allowed to enter the establishment.