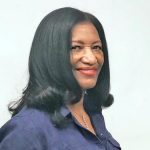 Cancel all tickets, then resign!

Making the rounds on social media last week (week of 22 August 2021) was a photograph of our Minister of Health, in the driver’s seat of a vehicle filled with passengers including an American Russian, a Russian American and others with none of the occupants wearing masks.

This is the same Minister of Health who stresses to us how important it is to wear masks and follow the other Covid-19 protocols. He is a member of the group who went to Parliament and passed laws giving police the authority to fine people found not wearing masks. He is one of the policy-makers, breaking the same laws which they made! What’s this, do as I say and not as I do?

To add insult to injury, Nikki when asked about this ‘no-masks’ photo during a post-Cabinet briefing on 24th August 2021 responded very arrogantly that he had already spoken to the Commissioner of Police and that he was expecting to receive his ticket which he is prepared to pay.

Well Nikki, not so fast! When you all make the laws, they are not only for the people but for everyone, including you. You work for the Grenadian people, not the other way around and when you break the laws, you should be punished doubly!

Nikki, I expected you in answering the question to have humbled yourself and apologised to the Grenadian people for such a big blunder. Offering to pay for the ticket is not enough. We all know that you can afford to pay but it is much more than that.

Related:  A National Disaster but where is NaDMA?

Have you thought that there are people who have to choose between buying a mask and buying food for their families? That many of them have lost their jobs and do not know where the next dollar is coming from to pay the electricity bill, water bill or even the rent?

In any other country, you would have stepped down voluntarily and promptly or your resignation would have been demanded by the Prime Minister because it is the honourable thing to do. However, in Grenada, the title ‘honourable’ does not necessarily describe the character of the person with whom it is associated.

I want you to call the Commissioner of Police and ask him to cancel ALL tickets written up for members of the public who were found not wearing masks and for ALL charges to be dropped against anyone in regards to the wearing of masks up to 31st August 2021. It is the only fair and reasonable action to take in the face of your recklessness! I hope good sense will prevail on your part in this matter.

Next, sit down and write your letter of resignation to remove yourself from office as you have demonstrated that you are not fit to represent the people of our country any longer by your irresponsible behaviour which has overshadowed all the good done since the start of the pandemic!