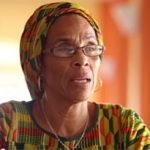 The Grenada Land Actors Platform has provided an update on its legal matter, the first hearing having taken place on Thursday, June 24th, 2021. One can refer to the New Today, edition of July 2nd, 2021 on page 5 for that update.

I offer the following observations.

Precedent: Whatever the outcome of this case, Grenada Land Actors has set a precedent, requesting a judicial review of the decision of the “authority” which gave permission to CBI developers, in the name of development, to take actions which are destroying/have destroyed our natural assets, sensitive ecosystems and critical wild life habitats for global endangered species, which provide critical services to our communities and people in the areas of La Sagesse, Mt. Hartman and Levera.

Physical Development Authority Application to Strike out GLA’s Legal Claim: In a response, via the Attorney-General, the Physical Development Authority, has made a counterclaim requesting the striking out of GLA’s legal claim on the grounds of lack of standing, expressed in local parlance, “who the hell dey tink dey is to be challenging the decision of the Authority”. The Court will decide on the standing of the Grenada Land Actors. It describes itself as “a non-partisan network of professionals, Non-Government & Citizen Based Organisations, private landowners, and activists interested in sustainable land management and governance in Grenada”.

CBI “Developers” Interested in Being Joined to PDA Counter Claim

So on Thursday, June 24th, 2021, the matter at hand was not the GLA claim or even the counter claim of the PDA but whether these CBI developers should be joined as interested parties to the PDA claim. The Levera representatives were given leave to file written submissions for consideration by the Court and the matter adjourned. The GLA has promised to keep we the people updated re further developments.

Constitutional Reform Bill No. 1 re Directive Principles of State Policy

The application for judicial review by the Grenada Land Actors and the counter claim to dismiss its application on the grounds of standing takes one back to the Constitution Reform Bills that were soundly defeated in the referendum vote of 2016.

Constitutional Reform Bill No. 1 Fundamental Rights and Principles proposed to broaden the scope of existing constitutional provisions by inserting a new chapter, Chapter 1A to be called Directive Principles of State Policy.

Among the insertions of Chapter 1A were the following:-

In its review of the Constitutional Reform Bills, the Grouping of Civil Society Organisations expressed great concerns and reservations about the proposed Directive Principles:-

The Grouping made reference to the following proposed insertions re the Directive Principles 18N(1) and 18N(2).

18N. (1) Subject to subsection (2) of this section, and subject to the availability of resources, and to protection of the public interest, it is the duty of the organs of the State, namely, Parliament, the Executive and the Courts, other institutions of the State, other public authorities or public bodies functionaries and entities to be guided in the discharge of their functions by the principles set out in this Chapter; for these are directive principles of state policy.

What therefore would be the value of the Directive Principles if they were not enforceable and citizens could not challenge the state’s contravention of the principles?

During the review process, the Grouping noted the context, including a 15-0 House of Representatives where there was not any Opposition representation, the policies being pursued by the Executive and the track record of our Government – its actions on the ground did not support the lofty statements and commitments it made at the international and regional levels in support of climate change action and protecting the environment.

The review by the Grouping questioned what the Directive Principles would augur for the future given the context. An agency that was supporting public education on the bills suggested that such queries and concerns created doubts and fear and that such questions were inappropriate to the review.

In the current parlance, it suggested that the Grouping “should not go there”!! The Grouping politely declined the agency’s funding and participation in its education programme.

Those of us who participated in the review now have the opportunity to reflect on the situation that would have been created should these Directive Principles been approved in the referendum. Would the GLA have had the opportunity to make an application for the judicial review, for the Court to adjudicate on this matter? Or, would the exclusion that would have been inserted in Section 101, blocked any such action?

Perhaps the constitutional and legal gurus could advise. But the Grouping can feel absolved that it raised and shared those concerns and reservations when it did.

GLA’s action deserves commendation, solidarity and support! Thank you GLA for creating history and doing your part in “minding the people’s business”.