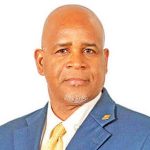 The restoration of Public Sector Employees’ Pensions under Act Cap 233 ‘Pensions Legislation’; Act Cap 235 ‘Pensions (Prison Officers) ’; Act Cap 236 ‘Pensions (School Teachers); and Act Cap, 245 ‘Police Pensions Act presents an opportunity to right an historic wrong and at the same time usher in a transformative era for the upliftment of Grenada’s economy and society. The authorities and retirees should embrace it with both hands using all ten fingers.

Why a pension?
There is no dispute that pensions have significant impact on the wellbeing of the older persons which include: –

i. Maintaining standard of living

iv. Encouraging the transfer of skills, knowledge and experiences

vi. Building a sense of safety, stability and security

Pensions & Economic Activities
But most importantly, pensions must be understood as investments in economic growth. In fact, pensions should be a core element of any country’s economic growth strategies.

As depicted below, pensions contribute to economic growth through a range of pathways: –

Household
a. A successful economy depends on the quality and productivity of its workforce. Within households, pensions are used to invest in children: enhancing nutrition and enabling them to attend and perform well at school, thereby contributing to a more effective and productive workforce.

b. Pensioners and their families use the cash they receive to invest in income-generating activities. At the same time, working-age household members, with the support of pensioners, are better able to gain employment, increasing overall productivity of the labour force.

c. Pensions also enable households to recover their productivity more quickly following shocks; e.g. without a pension one may not insure his/her house; so after a hurricane he/she may be left without a roof over his/her head. Persons in receipt of a pension are less likely to rely on some Government social programmes, allowing the Government to put those resources to other use.

Communities
a. Across communities, the injection of cash into stalls and shops can stimulate local economies, with significant multiplier effects. Many entrepreneurs can benefit from the increased economic activity in local markets and there is good evidence of traders, in particular do very well.

b. Unemployed young people can sell their labour to pensioners.

c. Government and the private sector can accelerate their collaboration to encourage greater financial convenience by encouraging and promoting the use of debit cards, point-of-sale machines; and online payment of taxes etc.; thus allowing for access to financial services in remote areas.

National
a. The increased consumption and demand generated by people spending their pensions can be a significant stimulus to the national economy, bringing benefits to business.

c. Furthermore, as the IMF argues, high levels of inequality can hinder growth and old age pensions have proven to be a key tool in reducing inequality.

d. With the right mechanism and education, pensioners can pool their resources to build investment funds which can be used to fund the capitalization and operations of business.

Given the uncontested positive impacts and benefits of pensions, the authorities and other actors should embrace this transformative opportunity in a way that maximizes its potential. Even if the benefits, were insignificant, and they are not, the money has to and will be paid anyway. So why not make the very best of it?

The prosperity-inducing potential of correcting this grave historical wrong must not be lost on our leaders and the population at large. As such the following should be borne in mind: –

ii. The fiscal authorities should without delay address its mind to re-engaging on initiatives and reforms to drastically improve the tax-efficiency and tax administration on the island.

iii. The authorities are urged to act swiftly, prudently, honestly and in good faith. Since there is now a debt owed to the public sector retirees, it is not at all far-fetched for them to move the court to find that interest should accrue on this debt at the usual 6% from the date incurred until paid in full.

There is still room for Grenada to improve its currently revenue yield without it becoming burdensome for the tax paying public.

Table 1 above, shows that in the most recent pre-COVID-19 years Grenada’s Current Revenue to GDP was on average between 4 and 6 percentage points below the ECCU Average, suggesting that there is room for significant improvements. It is therefore quite plausible that with an improvement in tax efficiency and tax administration, and a growing economy, which very importantly, the Pension payments will help to propel, can be sufficient to painlessly fix this egregious matter.

There is still room for the payment of Public Employee Pension without it being burdensome.

Table 2 above, shows that in the most recent pre-COVID-19 years Grenada’s Pension Payment to GDP was on average 1 percentage point below the ECCU Average, suggesting that there is room for Grenada to increase the payment of pensions and remain in line with its peers; but more significantly Grenada stands a good chance increasing the pension payment and lowering this ratio due to the growth-propelling nature of the payments as argued above.

Section 3: What’s The Bill and How to Fund It?

Using data from the Estimate of Revenue & Expenditure, the arrears owed is estimated under two scenarios based on the time to retirement.

Scenario I – Retirement after 40 years of service: All employees joining after February 1985 at age twenty (20) and will work to age sixty (60), which is in 2025. Therefore, there are no implications at this time.

Under Scenario II, our estimates are that 1,6423 persons were due to retire in 2012 on the assumption that they have completed 262/3 years of service and opt to retire.

This first cohort is owed pension arrears for ten (10) years which amounts to $376.0m. This estimate is on the very high side. There are limitations to this estimate since (a) not everyone who joined 1985 was 20 years old (b) moreover not everyone retires after completing 262/3 years of service being age 47 years old or younger. In fact and indeed most persons work until the compulsory retirement age of 60. (c) The pension entitlement was computed on the average maximum salary which implies that everyone retires at the maximum of their pay-scale (d) finally using the average of the maximum point in the pay-scaleignores the fact that people will be actually above or below the average (e) the increase in staff count may understate the number of ‘would-be’ Pensioners.

Funding the arrears of pension and outstanding gratuity requires that the fiscal authorities mobilize cash from the financial system. The reality is that these arrears constitute a debt – a charge on the consolidated fund. Therefore, it is fiscally prudent and economically wise to raise the cash from the financial system on the most favorable terms possible, especially interest rate, and settle the debt to the retirees. The economic spin-offs will be significant. Additionally, should the retirees move the court to award interest on the debt which has arisen from its ruling, that interest rate could be as high as 6%. The computation does not factor in interest cost.

Funding the current pension is manageable. The fiscal authorities ought to recommence its tax reform agenda to improve efficiency and effectiveness. Based on the 2019 level of GDP, a 4-percentage point increase in the Current Revenue to GDP ratio will yield an additional $131.1m per annum.

Generation of cash-flows to meet such large obligations necessitates that the state borrows. Historically, this is the best and most opportune time, in the last 47 years for the state to borrow at a very low cost and not crowd-out the private sector. The banking system in Grenada and the ECCU is flush with liquidity. Excess liquidity means interest rates – both deposit and loan rates – are very low.

The excess liquidity, as measured by the Loan to Deposit Ratio is at an alltime low since independence in 19746. Really and truly, there has never been a better time for the state to access the financial system. More importantly the credit worthiness of the government is quite strong judging from the current Debt to GDP ratio, its debt servicing record; and the low price at which it has been able to borrow on the Regional Government Securities Market (RGSM).

Framework for Implementation
First things first, proceed with a spirit of love, a spirit of wanting to see people do well, be empowered, to feel appreciated and dignified… simply put – let’s be nice.

This matter should be treated as a special project with an overarching goal to honor the Pension Rights of Public Sector Employees under Cap 233 et al in a fair, compassionate and dignified manner.

The project, “Restoration of Public Employees’ Pension” (RePEP) should, at a minimum be designed within the following framework: –

i. Immediate commencement of monthly pension payment in accordance with Cap 233 et al to all retirees who retired in 2012 and later, including those who will retire in 2022.

ii. Assessment of the scale and complexity of the administrative, managerial and technical requirements of the task and setting a flexible time frame for commencement and completion of the payment of the pension and gratuity arrears.

iv. Establishment of a robust and clean database.

v. An online portal for retiree to access their information, raise queries, and lay claims.

vii. Establishment of clear criteria for determining the timing, for order, in which pensioners will be paid their regular monthly pension.

viii. Similarly, there must be clear criteria for determining the timing, for order, in which pensioners will be paid their outstanding gratuity and pension arrears.

ix. Careful and special consideration for payment of the entitlements of deceased retirees.

x. Collaborate with the private sector to have licensed broker/dealers and investment advisors engage pensioners over a long period of time to assist with money management and investment planning.

Conclusion
Pensions have a strong propensity to induce and propel economic growth. Done properly, the restoration of Public Employees’ Pension under Cap 233 et al can have a positive transformative impact on the lives of individuals, households, communities, and the economy as a whole without significant fiscal dislocation. There is still room for the payment of Public Sector Employees’ Pensions without it being burdensome. The fiscal authorities and other actors should seize the moment and fully embrace this opportunity. A cautionary note – the person who joined the public service yesterday has the same pension rights as the one who retires today. Pension Reform consistent with the constitution beckons but it has to be forward looking for those officers joining after it comes into effect…whenever that is.