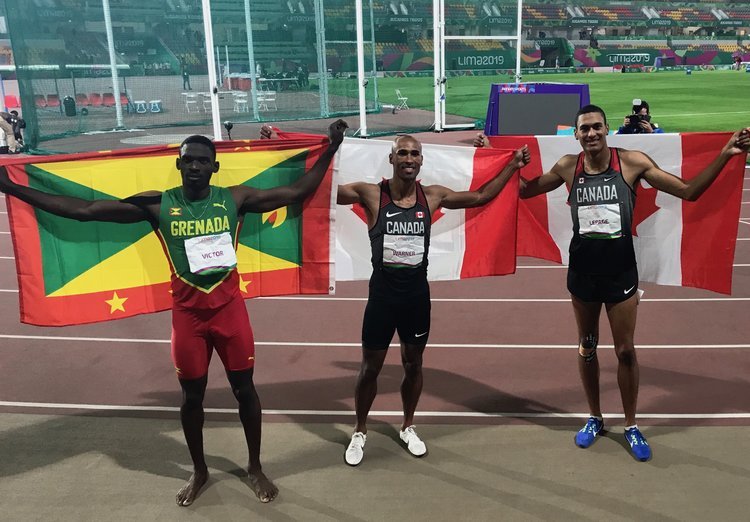 Grenadian, Lindon Victor stood out among a strong Pan American Games field to earn a silver medal, his first international medal of 2019 and second senior medal of his career (he was 2018 Commonwealth Games Champion).

Victor was consistent throughout the two-day competition finishing in the top three in seven of ten events. In the Long Jump, the second event of the competition, he was an inch shy of his personal best into a -1.6 meter headwind, leaping 7.39m / 24’3”. He would also win the Discus, the competition’s 7th event, with a throw of 50.83m / 166’9”. Victor would follow that up in the next event equalling his personal best and Grenadian record, setting a Decathlon best in the Pole Vault with a leap of 4.90m / 16’3.25”. Heading into the final two events, the Javelin Throw and 1500m, he trailed Lepage by 87pts.

He is currently ranked 3rd in the world with 8,473pts set at the Götzis Hypo-Meeting where he also finished behind Warner