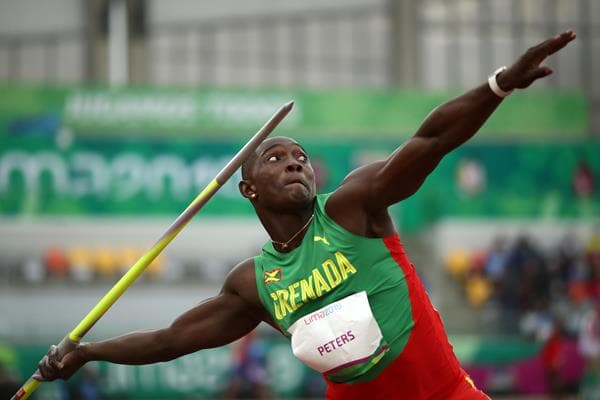 Anderson Peters of Soubise is now the toast of Grenada with his winning Javelin throw Sunday in Doha to become only the second athlete from the Spice Isle to win a gold medal at the World Championships.

The 21 year old former student of St David Secondary School shocked the world with his winning throw of 86.89m to beat a star-studded field of throwers including 2012 Olympic champion, Keshorn Walcott of Trinidad & Tobago.

Peters snatched the gold medal from Magnus Kirt of Estonia who took the silver with a throw of 86.21 while Germany’s Johannes Vetter took bronze with 85.37.

It was the second gold to be won by the top Grenadian thrower within two months.

In August, Peters captured Grenada’s first-ever gold medal at the Pan Am Games in Peru by winning the men’s javelin with a record throw of 87.31 metres to reset Cuban Guillermo Martinez’s old mark of 87.20.

Former Olympic and world 400m champion Kirani James who finished 5th in his event at Doha is the first athlete to win a gold medal for Grenada at the World games.