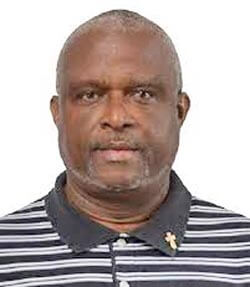 Chennai is also the venue for the 44th Chess Olympiad taking place during that same period. The Olympiad attracts top Grandmasters from throughout the world as they battle intensely for individual and team supremacy.

The GCF became a full member of FIDE in February 2020, approximately one year after its (GCF’s) launch.

FIDE now embraces 195 member countries. It is the 4th largest Federation in the world by number of member countries. India is hosting the Olympiad for the very first time. The venue, Chennai, is a 382 year old city boasting of a very rich cultural heritage. For 2019 it was ranked the 36th most visited city in the world.

During the Chennai visit, Glean, a veteran chess player – playing since the 1970’s, will seek to strengthen relations with our regional and international counterparts, and mobilize technical and financial support and training to facilitate the development of Chess in Grenada.

The GCF hopes to field a team to play in both the men and women’s division at the next Olympiad in 2024 in Budapest, Hungary.

The GCF was launched in February 2019; adopted a constitution and held elections in May 2019; became a provisional member of FIDE in November 2019; and elevated to full membership in February 2020.