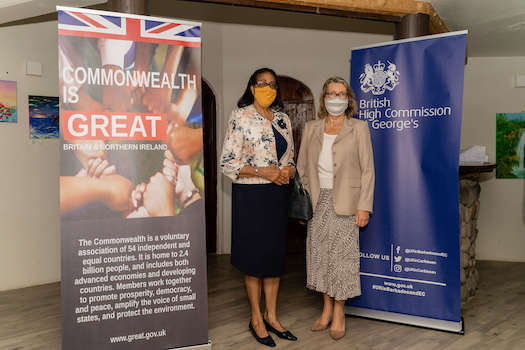 “The UK and Grenada are both member states of the Commonwealth. We are connected through our shared values of democracy, rule of law and also human rights.

We come together on Commonwealth Day this year to celebrate our bonds through various events as we look forward to a more sustainable and secure common future. For example this week the Commonwealth Parliamentary Association is hosting a virtual parliamentary debate uniting women parliamentarians. The Royal Commonwealth Society is hosting a virtual conversation on the importance of gender equality and is promoting The Queen’s Commonwealth essay competition. The Commonwealth Secretariat’s website holds details of all virtual events this year.” The next Commonwealth Heads of Government meeting will take place in Rwanda this year. Since the last meeting in London in 2018, the UK government has been Chair In Office. Some of the achievements made in the last year from the £500m British funded projects covering Prosperity, Fairness, Security and Sustainability, that include Grenada are: