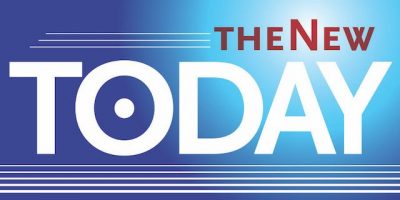 THE NEW TODAY does not wish to get involved in a public spat with the Public Workers Union (PWU) or the Media Workers Association of Grenada (MWAG) on the issue surrounding an article which appeared on the back page of our ePaper for the week ended July 15th. THE NEW TODAY stands by its’ article.

However, it is imperative that we set the record straight, as both PWU and MWAG have not produced a single shred of evidence to assert that what was reported in our article is not an accurate account of a discussion involving the former Minister of Information in the NNP administration on the performance of personnel at GIS.

In our article, no mention was made of the then Permanent Secretary for Information, as the holder of that office was never involved in the meeting and cannot give an account of what actually transpired between the parties.

PWU did no independent check of its own with any of the parties involved to make a definite conclusion that the article is “irresponsible” and “untruthful”.

THE NEW TODAY is not against any union or organisation defending its members and associates, as is the norm in a democracy. In fact, we are very pleased to see the return of democracy and free speech.

However, the union is not in a position to label the article as “totally false and misleading” when it conducted no due diligence from any of the parties who were directly engaged in the discussion on the future of GIS.

THE NEW TODAY wishes that the PWU would have publicly supported the many public officers who were victimised over the years, especially during the period in Government of the New National Party (NNP) of ex-Prime Minister Dr. Keith Mitchell.

We can recall the deafening silence of the union when Dr. Mitchell won the General Election in 2013 and within 48 hours moved against top civil servants like Cabinet Secretary Gemma Bain-Thomas, Commissioner of Police Willan Thompson and several others who were perceived to be not supportive of his party.

The PWU seems to have been asleep when hundreds of other public officers, too numerous to mention, were victimised by the NNP government and transferred to places where they became very unproductive with nothing to do for years.

In the case of MWAG, it became nothing more than an extension arm of the Keith Mitchell-led government under the stewardship of its former President, Sherie-Ann Noel, who was the former head of the NNP-funded so-called media entity known as National Public Relations (NPR).

MWAG did not utter a single statement of solidarity to the late broadcaster George Grant when the NNP government shut down his CHIME radio station, or when their colleague Calistra Farrier was allegedly physically abused by Minister of State for Information, former Senator Winston Garraway.

Did PWU, which claimed in its statement that “GIS workers are public servants”, caution GIS workers against using social media to promote political parties in the just ended campaign for the June 23 general election?

There have been many real issues affecting workers in the media and the public service and these same organisations have remained silent, but now they have found a voice to attack our article, without evidence to prove that incompetency does not exist at the GIS.

The PWU and the public are fully aware of the many instances of incompetence within the public sector and in some cases mediocrity has become the norm in the service.

The PWU should be sensitive to the fact that over the years, regime change has always resulted in the new administration making personnel changes to GIS in-keeping with its policies and programmes from since the days of Eric Gairy, the People’s Revolutionary Government (PRG) and several other governments.

THE NEW TODAY notes and welcomes that since democracy has returned to Grenada, following the change of government on June 23, that some organisations have finally regained their voices.