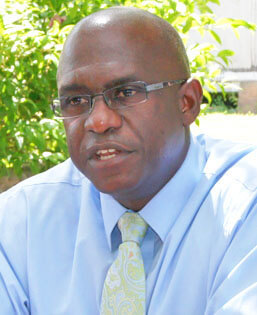 Patrick Antoine - the driving force behind TGM
The High Court has ruled! Justice Glasgow has declared the 1983 Pension  Disqualification Act unconstitutional. This law formed the basis for government’s  refusal to honour pension rights of workers joining the public service after April 4th,  1983. This judgement will ensure that, going forward, all public officers are treated  with constitutional respect. It requires that immediate payment be made to those  who have already retired and provision be made for those who would retire in due  course. Unless this judgement is successfully appealed, government has no choice  but to abide by it.

It must be noted that this is not about restoration of pension; the effect of the court’s  ruling is that public officers have and always had the right to a pension, since it was  never lawfully removed. This is therefore about honoring that right.

It is to be noted that this decision brings focus to the need for both sides (unions  and government) to find a negotiated path for the implementation of the judgement.  Conservative estimates is that it would costs the Government of Grenada $1.2 billion  dollars to satisfy this judgment. And it matters not whether it is an NNP or NDC  government. In this light, it would be useful to recall, that both of the dominant  political parties had opportunities to find a lasting solution to this injustice suffered  by the affected public workers. NDC twice, from 1990 to 1995 and 2008 to 2013;  and NNP for the rest of the time since 1983, firstly under Blaize and Ben Jones from  December 1984 to 1990 and under Mitchell, 1995 to 2008 and 2013 to present.

TGM, as the newest political party, with a commitment to social and economic  development, has applied its capacity to the real issue of ‘what a possible solution  could and perhaps should look like’. TGM is prepared to contribute to a well structured process/approach to arriving at such a lasting solution. It is high time  that such a lasting solution be settled and committed to by all political parties, in the  interest of economic justice, and the constitutional rights of the affected public  workers. The ruling by Justice Glasgow offers this opportunity.