The Integrity Commission is back to pre-Covid numbers in the receipt of Declarations of assets, income and liabilities of public officers.

Between January and July of this year the Commission received 161 declarations compared to 120 for the same period in 2018.

In keeping with its mandate as outlined in the Integrity in Public Life Act #24 of 2013 the Commission is required to “obtain declaration of the assets, liability, income and interest in relation to property of persons in public life…”. This is to give effect to the provisions of the Inter-American Convention Against Corruption and to ensure integrity in public life.

The Commission began steadily receiving declarations in 2014 and continued to do so despite challenges presented over the last two years with the Covid-19 Pandemic.

In 2020, during the height of the pandemic, with lockdowns and social distancing in full effect, the Commission was only able to receive 64 declarations for the period January to July. The figures doubled to 135, for the same period in 2021.

Despite the return to pre-Covid declaration figures, the Commission continues to see a significant number of people failing to declare. For the period under review, 227 notices were sent to public officers to declare; 66 of whom have not declared nor have contacted the Commission to offer a reason for non-compliance.

The Commission reminds public officers that the filing of Declarations is a legal requirement and failure to comply with its request is in contravention of Section 28 of the Integrity in Public Life Act. Subsections (4) and (5) authorise the Commission to publish the names of non-compliant public officers in the Gazette and at least one local newspaper; following which, the Commission may make an ex parte application to the High Court, for an order directing the public officer to comply. 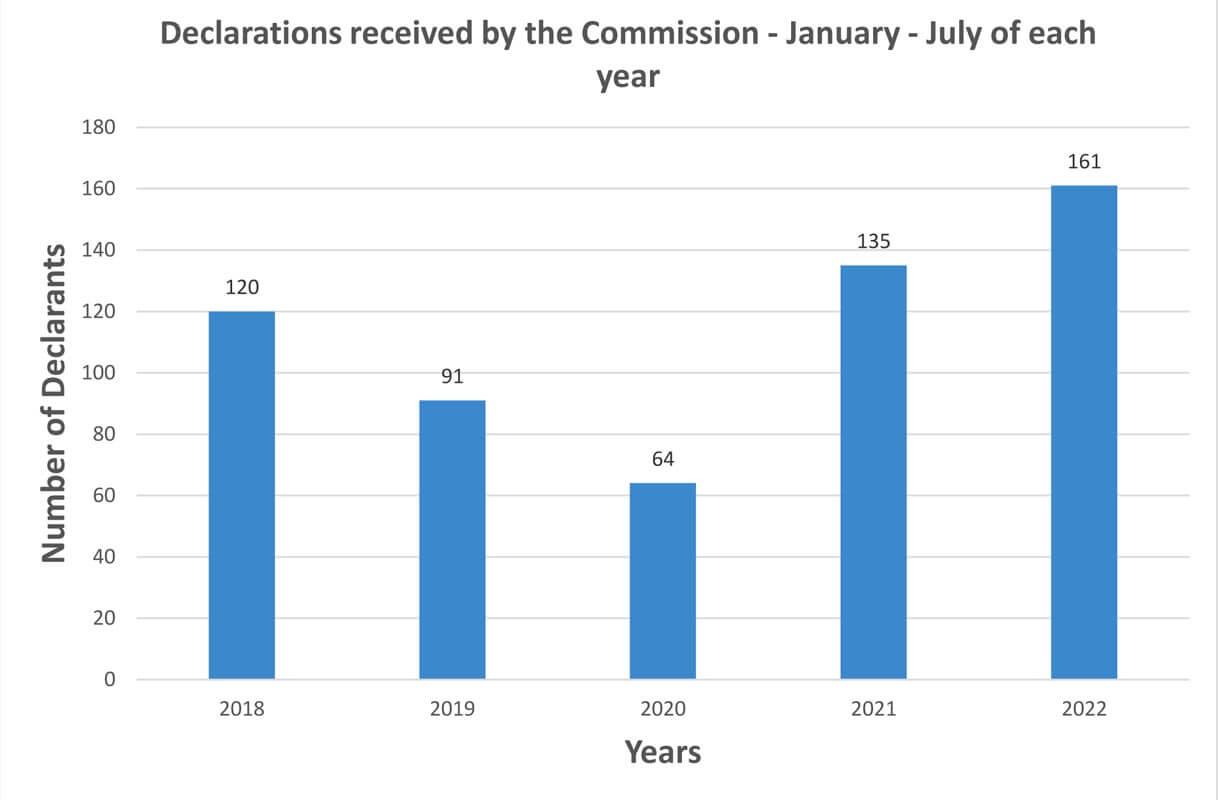