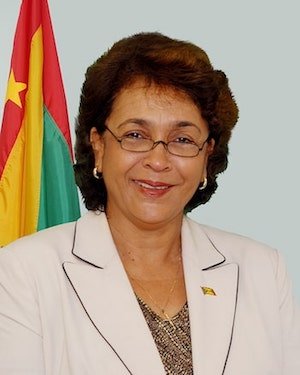 Our aim in requesting the meeting was to hear first-hand, the plight and stance of these associations, as they face the threat of a hostile takeover by the current administration; and to offer them our solidarity and support.

Having listened carefully to the GCNA and the GCA, the NDC stands strengthened in its resolve to fully support the nutmeg and cocoa farmers of Grenada who now face a sudden and immediate threat of the dismantling of both associations.

Very little time was given to the GCNA, the GCA and their members to examine the proposed Bill and all its implications for them. They were pressed for feedback mere days after receipt of the proposed Bill. The question for government is, why the rush?

Government has so far failed to show how this so-called merger will work to benefit the nutmeg and cocoa industries in any substantial and impactful way.

On the other hand, an examination of the draft Bill shows clearly that the so-called merger will lead to the certain death of both associations and an end to any control farmers have over their future in the industry.

Without the oversight of the GCNA and GCA, Grenada stands to lose its status as number one in the world for quality product, as farmers will be able to sell however, wherever and to whomever they want, without adequate quality controls.

This hostile takeover will undermine a sector of the Grenadian economy that we have managed well ourselves for over 73 years. Nutmeg and cocoa have educated, fed and provided economic independence to many Grenadians. This takeover cannot be in the best interest of the people of Grenada.

This has become a national issue, therefore, the NDC encourages all stakeholder groups in Grenada, to follow suit and directly engage the GCNA and the GCA so as to get a better understanding of their struggle.

Further, we repeat our call to all Grenadians to stand firm with the nutmeg and cocoa farmers in vigorously opposing this vicious act of betrayal by the NNP administration.

We must all unite against this attempt by our own government to sell us out and throw us back to “massah” days where others direct our path and tell us what is best for us.