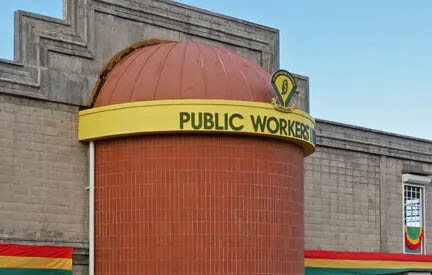 The Grenada Public Workers’ Union (GPWU) places on record its profound appreciation to the Government of Grenada, for honoring its verbal commitment to pay pension retroactively to hundreds of previously disenfranchised retirees.

While it is a legal obligation, our Union recognizes the historical struggle with Pension Disqualification and therefore must Iogically acknowledge the significant step of this current administration.

The GPWU goes further to commend this administration for proactively joining the service of many former Public Officers who had various stints outside of the traditional Public Service, for example in statutory bodies.

This initiative is a noted step in the direction of placing social and economic justice at the forefront of policy making.

Your efforts encapsulate the importance of Public Service in progressively moving our nation forward. We encourage the staff of the secretariat to continue being a beacon in the Public Service.

The Union recognizes the uncontrollable joyous outpouring of emotion from our once disenfranchised pensioners and congratulates them on their perseverance in trying times.

In the same vein, we encourage our pensioners to be prudent in their fiscal management, even while they take care of their needs in a country with growing inflation. Their joyfulness in being recipients of this just reward is why our Union and the Trade Union Movement in general, has toiled for decades to ensure pension is restored.

The economy will certainly experience a much needed boost from these retroactive payments and it is timely as we shift gears to enjoy the festive season of Christmas.

The GPWU has heard the cry for pension reform by government even in the midst of the euphoria of the continued payment of retroactive pension.

We stand ready to engage on this matter with the underlying principle of the constitutional mandate that reform ought not to be less favorable to our membership.

We close with the commitment to continue representing the interests of our membership with the utmost consideration for their social and economic well being along with the development of our nation.