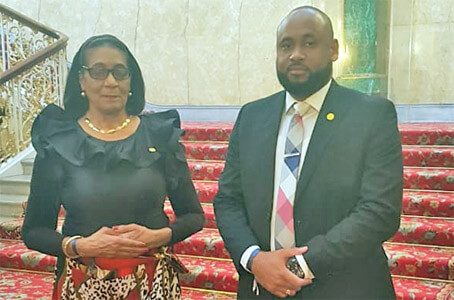 The celebrations, which began on June 2nd, mark seven decades on the Throne for Her Majesty.

“As Governor General of Grenada, it is indeed an honour for me to represent my country at the celebrations marking the unprecedented anniversary of 70 years of service by her Majesty the Queen to the people of the United Kingdom and the Commonwealth. On this most special occasion, Grenada extends its heartfelt wishes to Her Majesty for peace, prosperity, and good health.”

During her stay in London, Her Excellency will also meet with other Governors General and officials from across the Commonwealth.

High Commission for Grenada in the United Kingdom