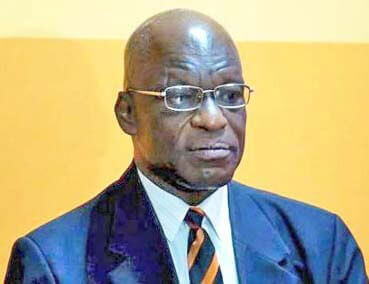 Dr Francis Alexis QC
‘The Director of Public Prosecutions (DPP) in the exercise of his constitutional discretion whether or not to discontinue criminal proceedings, by whomsoever brought, cannot be interfered with in the way urged by Attorney-at-Law Mr Cajeton Hood, the Hoodian way’, says Dr Francis Alexis QC.

Dr Alexis was responding to the call by Mr Hood for the Prime Minister of Grenada to investigate the matter of the DPP Mr Christopher Nelson QC discontinuing private criminal charges brought by clients of Mr Hood regarding Mr Anderson Peters. Dr Alexis is advising Mr Derick Sylvester, lawyer on record for Mr Peters.

This Hoodian suggestion, Alexis points out, is antithetical to the letter and the spirit of the Constitution of Grenada. For, Alexis explains, in the exercise by the DPP of his discretion to prosecute, not to prosecute, or discontinue a prosecution brought by anybody else, section 71(6) of the Constitution ordains that ‘The Director of Public Prosecutions shall not be subject to the direction or control of any other person or authority’.

This protective shield cast around the DPP by section 71(6) cannot be penetrated in the Hoodian way, that of having the Prime Minister investigate the exercise by the DPP of his prosecutorial discretion.

Indeed, the idea of the Prime Minister so investigating the DPP is heresy to the Constitution of Grenada.

What is worse is that, regarding the events about which Mr Hood wants the Prime Minister to investigate the DPP, certain persons, with Mr Hood as their lawyer, pleaded guilty in Court to every charge laid against them as to the violence, even grievous harm, inflicted by them on Anderson Peters.

‘In all the circumstances, Mr Hood’s protestations regarding the violent mistreatment handed out by his clients to Anderson Peters are, therefore, entirely without any foundation whatsoever’, Alexis added.