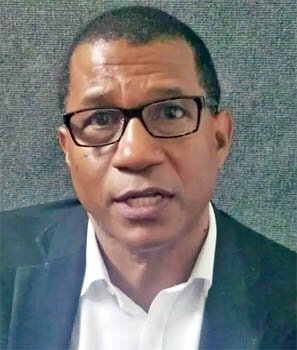 Ruggles Ferguson
Over the last two decades, I have had the honour, together with other Attorneys at Ciboney, to face – again, and again, and again! – our dear colleague and formidable advocate Celia Edwards QC in the courtroom, in her conference room, on site visits, and in countless mediations. Ironically, our frequent clashes in the courtroom, especially in the early days, in passionate pursuit of the interests of our respective clients, drew us closer together over the years.

CLASHED LESS, CO-OPERATED MORE
In more recent years, we clashed less, co-operated more, and co-ordinated with each other frequently in an effort to bring early resolution to matters. We therefore met more in the conference room and less in the courtroom, relatively speaking; we engaged regularly on the telephone and in virtual spaces (almost every week) in an effort to either settle matters in court or before it reaches court; and we faced each other frequently at court-connected mediations, collaborating closely to bring about amicable resolutions to adversarial issues.

Apart from matters involving the State, our respective law offices faced each other – probably more than any other single law firm – on a multiplicity of legal issues including negligence, defamation, adverse possession, succession, assault & battery, and distribution of property post-divorce. This month alone we were scheduled to square off – on May 9 &16 – in two separate trials concerning property/title issues in La Borie and Petite Martinique., respectively, before the High Court, not to mention several other case management and interlocutory matters. On July 8th we were due to undertake a court-ordered site visit in Carriacou. Moreover, we were involved in settlement discussions in no less than five High Court matters. Indeed, Celia kept us busy.

NEVER PERSONAL
In the courtroom, to the everlasting credit of Celia, the professional battles always ended with the days proceedings or the case itself. No matter how bitter the battle, she never took it personally. At the end of the day, life returned to normal. It was sweet, personable Celia all over again – until the next courtroom appearance!

She won the confidence of her clients by her passionate advocacy in furtherance of their interests Win, lose or draw a client invariably left the courtroom satisfied that Celia did her best. When the need arose, she took every legal point. When the law was against her, she appealed to equity and conscience and offered practical solutions. She had a proverbial ‘plaster for every sore’. In the courtroom she was at war; outside the courtroom she was accommodating and personable.

COMMITTED TO MEDIATION – EVER GRACIOUS
Equally, and in contrast to her battle-ready stance in court, Celia was a convert to and committed advocate of mediation. She actively encouraged and participated in the settlement of disputes both in and out of formal mediation. She was always willing to settle matters amicably across the table in a fair and just manner. She showed compassion in mediation.

After her elevation to Queens Counsel in 2008 she remained ever gracious, ever helpful, ever approachable, and down to earth. She provided legal and motherly advice to both young and senior practitioners. She led from the front. Speaking from our own experience, she returned telephone calls, replied to correspondence, and extended genuine professional courtesy – attributes we must all embrace and adopt. If she overlooked the discharge of a professional duty or even some simple function, as colleagues often do amidst hectic schedules, she was always ready to offer an apology.

SERVED WITH DISTINCTION
For close to 40 years, Celia served the legal profession with distinction. She was loved and respected by her colleagues, young and old, and by judicial officers at all levels of the court. She demonstrated respect for judges and magistrates, accepting with grace decisions rendered against her.

Farewell Celia. Ciboney salutes you for your exemplary service to the profession and to Grenada. You have now passed the baton to those ably trained at your feet. On behalf of Ferron and myself, and the entire Ciboney staff, we extend deepest sympathies to Deloni, Celene, Zuriel and the rest of the family and the staff of the Law Office of G.E.D Clyne.

Let us forever cherish and share the many positive memories of Celia.

May she rest in perfect peace!