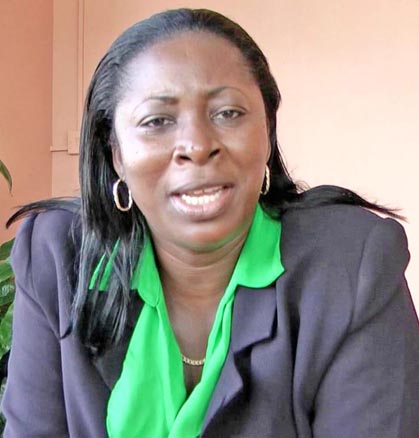 The Keith Mitchell-led government and the Grenada Union of Teachers (GUT) have been locked in a year-long impasse and now a proposed agreement aimed at ending the stand-off seems headed for another impasse.

The Union was being asked last week to sign an agreement which acknowledges that a ten-day strike which they took to protest over problematic negotiations with government over gratuity and pension, was illegal, in exchange for a monetary incentive to all government teachers.

While Minister of Education Emmalin Pierre said teachers who were not paid for the absent days will not receive that money, she said all teachers will receive an “incentive” payment tied to the signing of the agreement which lists conditions for future industrial action.

“We are willing to pay, based on unions agreeing to all conditions,” Pierre said at a press conference last week Tuesday.

But newly installed GUT President, Marvin Andall, in an exclusive interview said, “we may just agree to disagree on this”.

If the GUT goes ahead and signs, this would also end the “Work To Rule”, which has dragged on for more than a year.

Working to rule is a form of industrial action where the employee will follow the rules and hours of their workplace exactly in order to reduce their efficiency and output, doing no more than their contractual agreement requires.

Minister Pierre said the agreement put by government to GUT establishes clarification on the definition of Work To Rule, establishes that work to rule will be a last resort in industrial relations and acknowledges that government is not obligated to pay teachers whose salaries were withheld, on the basis that the ten-day period of “rest and reflection” was an illegal action.

In most cases teachers do far longer hours and greater workload than laid out in their contract, and working to rule has been aimed at putting pressure on their employer in an attempt to achieve their goal without taking strike action.

Minister Pierre said she was not ready to disclose the full sum to be paid to teachers.

About 1800 teachers are employed by the government, while the deductions in 2018 totaled $1.4million.

The industrial action came about because government said it could not agree to the 25 percent gratuity being demanded by teachers and other public officers as a result of economic constraints and in keeping with Fiscal Responsibility regulations aimed at keeping government spending down.

Minister Pierre told reporters she hoped the agreement could have been signed by last week Wednesday.

Andall said the GUT “is not quite there yet” in terms of agreement to the draft document that was sent to them.

“Though the union agrees in principle with the main tenants of the agreement, there still exist concerns with some of the language used in the agreement.

“The GUT has also sought legal advice and was given suggestions on how the Language of the agreement could be improved.

“The union hopes to share that advice with government with the hope that a win-win would be had by both parties.

THE NEW TODAY was told that one of the lawyers that GUT officials contacted for help on the matter is Ruggles Ferguson of Ciboney Chambers.

This newspaper understands that Ferguson told the union that it could not sign the agreement without getting the full co-operation of the female teacher from St. Joseph’s Convent who took court action against the government for docking her salary.

There are unconfirmed reports that Andall did speak with the teacher, who has retained attorney-at-law, Cajeton Hood to look after her interest, and she declined the request made to withdraw the case filed in court.

THE NEW TODAY was also told that Ferguson warned the GUT about signing a document, which had the potential to prevent teachers from taking future strike action against government.

Minister Pierre said the payment to all teachers, even those who remained on the job and received their full December 2018 salaries, must not be considered a payment of docked salaries.

She said government does not want to set a precedent that workers can withhold their labour during an industrial struggle and still be compensated for work not done.

But despite the Minister’s confidence that the Union would sign off it appears that the parties are not on the same page.

Andall said: “That would not be part of the agreement and that is of no interest to the union. Our proposed agreement is concerned with the teachers who have lost salary over the industrial action.”

In a video message last month, Andall stated that Work to Rule would continue because the government was being “stubborn” on the issue of returning the workers’ salaries.

THE NEW TODAY reproduces in full one of the two draft agreements that the Mitchell-led government had sent to GUT to sign in order to bring an end to their industrial impasse:

THE GOVERNMENT OF GRENADA

THE GRENADA UNION OF TEACHERS SPECIAL PAYMENTS, CODE OF ETHICS AND WORK TO RULE ISSUES, AND DISPUTE RESOLUTION MECHANISM

The Grenada Union of Teachers (GUT) and the Government of Grenada (GoG) are collectively referred to herein as the “Parties”.

AND NOW THE PARTIES HEREBY AGREE:

As WITNESS the hands of the Parties hereafter or their duly authorized agents the day and year first written.