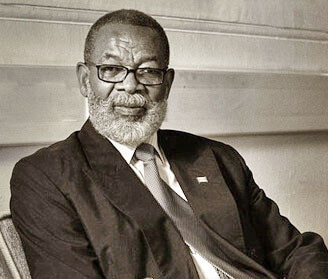 Former Member of Parliament for St. David, Joslyn Whiteman has called for farmers who are being displaced from lands to facilitate the building of a new hotel at La Sagesse in St. David to be fully compensated by government.

Whiteman, a former executive member of the ruling New National Party (NNP) administration of Prime Minister Dr. Keith Mitchell called THE NEW TODAY to express his anger at the manner in which the farmers were chased off the lands.

He said that a number of persons were given lands at La Sagesse by government to engage in farming over the years.

He singled out for special mention a female farmer who borrowed over EC$10, 000.00 to cut down the bush to build a farm and was shortly moved from her location and is now forced to move again into a new area to start all over.

According to Whiteman, he is very familiar with La Sagesse since his father used to work on the estate as an overseer.

Whiteman won the St. David Constituency in the 1999 general election when the NNP won the first of its three clean sweeps at the polls against opponents.

He lost the seat in the 2003 national poll to the late Denis Michael Lett who ran on a ticket of the National Democratic Congress (NDC).

Whiteman said that he visited the area on Sunday and was surprised to hear of the plight of an estimated 15 farmers after meeting with several of them.

“I went there and I am told that the people have been asked to move and to move as soon as possible. They have a lot of crops on the ground and some of them are now fearful of going back there. They planted corn and they didn’t even go to clear it,” he remarked.

Whiteman stated that the Mitchell-led government has apparently sold the lands occupied by the farmers to foreigners for the hotel project.

The former MP for St David said that he is not against the hotel project but is more concerned about the plight of the people that he once represented in the Constituency.

“When I went there (Sunday) I felt so sad. Nobody seems to be making noises about that – at least if the people have to move they should compensate them handsomely,” he told THE NEW TODAY.

Whiteman said that what is happening with the small farmers at La Sagesse is cause for concern and he was planning to bring a pool of local reporters to the area to see the situation for themselves and to “meet with the farmers and to hear their cries”.

The Dubai-based Range Developments has just started work on a multi-million dollar 100-room luxury hotel to be known as the Six Senses Hotel Project in La Sagesse, St. David’s which is scheduled for completion by November 2022.

The project has already ran into difficulties with some environmentalists accusing the developer of not adhering to the recommendations made in the Environmental Impact Assessment study that was done by a local environmental group by clearing away all the vegetation that was built up over a 300 year period.