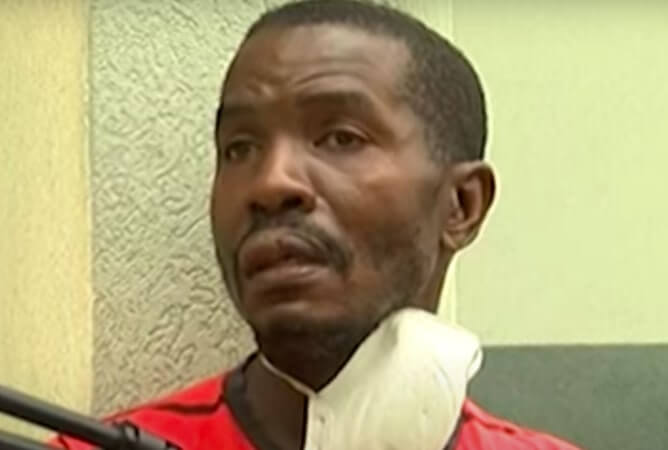 A white family living in well-to-do Fort Jeudy area in the South St. George constituency will most likely face several criminal charges and a number of civil lawsuits in connection with the beating of a black Grenadian small businessman on Thursday.

Attorneys-at-law Derick Sylvester and Jerry Edwin are putting together a team of lawyers to represent Evans Smith in the incident which has sparked off a series of protest on the island similar to the racial unrest in the United States over the killing of a black man in Minneapolis, George Floyd, last month by a group of white policemen.

Edwin told THE NEW TODAY that he expected criminal charges related to wounding and harm to be filed shortly against the white family.

According to one tertiary institution student who went to Westmorland Secondary School with the son of the couple, he remembered him as one who always demonstrated “racist tendencies” against classmates.

Smith was reportedly beaten in the face and other parts of the body by the white family after the vehicle that he was driving struck their dog which was in the public road.

A resident of the Fort Jeudy Association (FJA) said that the white family can be subjected to a massive lawsuit for breaching regulation which requires homeowners to always have their dogs on a leash.

The injured man runs a small company in which he takes care of houses in Fort Jeudy owned by persons who are living overseas during some parts of the year.

Attorney Edwin said that the delay in the pending charges was as a result of the injured Smith being slow in bringing back to the police the Medical Form that was given to him to be filled out by a doctor who attended to his wounds.

He pointed out that that the form was only given to the police today (Saturday) by Smith and the lawmen are now expected to complete their investigation and lay the appropriate charges.

Edwin said that he was confident that the police will “effect an arrest within a couple of hours” as there is a process to be followed in an investigation of this nature.

“The Medical form is the prerequisite for the charge. If they do not have that Medical form and the police bring this person (the Accused) into the Magistrate’s Court that person is going to walk out (free) without the Magistrate having to ask a question,” he remarked.

According to Edwin, he has information which suggest that Smith’s Medical Certificate “does substantiate a charge” of a criminal nature against the white family from Fort Jeudy.

Attorney Sylvester told THE NEW TODAY that a “team of professionals” was being assembled to defend the interest of Smith and he is in the process of putting together the civil lawsuit side of the case against the white family.

The lawyer said that a meeting is to be held within the next 24 hours with the Smith family for “the purpose of filing a civil suit among other civil applications” before the high court in the matter.

There are reports that the Registrar of the Supreme Court has been contacted and asked to be on “standby” to assist with the urgent filing of the civil matters against the white family.

According to Sylvester, after the meeting with the injured Smith, the entire range of legal action to be taken will then be determined.

Meanwhile, attorney Edwin did not voice support for the planned protest action by persons against the apparent slow manner in which the police was handling the Smith incident.

He said the protest is not warranted in this case as the police was not able to effect an arrest at an earlier stage due to the absence of the key Medical form which Smith was not able to submit earlier due to his injuries.

In addition, Edwin stated that the protest action should not be staged in the vicinity of the location of the perpetrators of the alleged criminal offence but at one of the police stations to send a message that they are the ones to move quickly to enforce the law.

Earlier in the day, Acting Commissioner of Police, Edvin Martin appealed for calm in the country in the face of reports of the planned protest action outside Fort Jeudy onto the Police Station on the Carenage as Grenadians took to social media to vent their outrage over the fact that a white family had mauled a black man on the island.