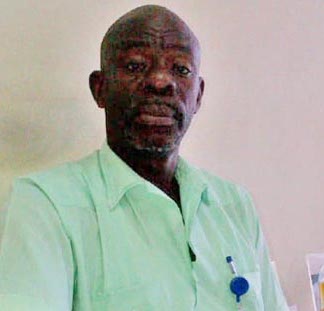 Grenada’s Deputy Commissioner of Police, Frank Redhead has said that he has no information that a key member of the Security Detail of Prime Minister Dr. Keith Mitchell left the country Tuesday morning amidst allegations that he had sexually assaulted a woman believed to be in her 40’s.

Cletus St. Paul is now the subject of an official investigation by the Royal Grenada Police Force (RGPF) after the woman went into the Criminal Investigation Department (CID) on Tuesday afternoon to make a statement on the alleged incident which took place in November.

A senior member of CID confirmed to this newspaper that the police have so far failed to reach St. Paul to question him in connection with the allegation made against him more than 48 hours ago.

When contacted Friday, Deputy Commissioner Redhead said that he had not received any information from CID or Operations within RGPF on the St. Paul matter.

However, a well-placed source told THE NEW TODAY that he had been in direct contact with the Prime Minister’s security aide who indicated to him that he was leaving the country “to cool out” for a bit in light of the sexual molestation allegation that was first reported by this newspaper on February 14.

He said that St. Paul did not disclose which country he was traveling to and for how long.

Deputy Commissioner Redhead was asked what options are open to the police to find St. Paul for interrogation if it turns out that he left the country but said that issue cannot be addressed at the moment since there is no information before him that the top security man around the Prime Minister is not in Grenada.

A former National Security Minister told this newspaper that if St. Paul moved out of Grenada on Tuesday it is more than likely that Prime Minister Mitchell who is the current Minister of National Security should be in possession of such information by now.

The victim of the sexual assault told this newspaper that she had also picked up information from someone that the accused has left the country.

She said: “He (St. Paul) knows there is an allegation against him and the investigation is ongoing but he fleeing … it doesn’t make him look good”.

St. Paul is known to have been making regular visits to the United States in recent months where his wife is said to be living.