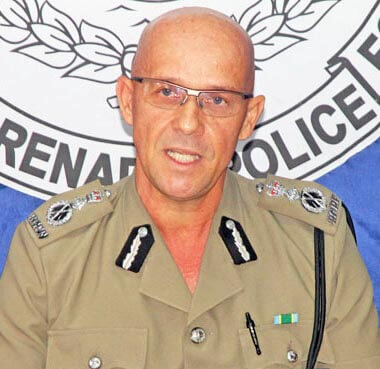 Police were active over the last weekend as they had to investigate one shooting incident in Birchgrove, St. Andrew and also recovered an illegal firearm in an operation involving a male resident of Morne Longue in St Andrew’s.

The injured man is one of the promoters of the Mountain Fest jam which is held on August 1 every year at Beauregard.

According to Mathurine when the event ended, persons then gathered at the junction in Beaureguard to socialize.

He told police officers that while he was unloading the music system from his truck, he observed that there was an argument in the area of the bar where drinks were being sold.

He said that he went to see what was happening and noticed a group of men including the three who attacked him and started to speak to them in order to diffuse the situation.

The trucker stated that he soon received a blow to the face from a bottle, followed by a shot to his right leg, and a chop to his shoulder area.

The three men then left the bar while a bleeding Mathurine was taken to Princess Alice Hospital in Mirabeau for medical attention.

Police have in their possession one 9mm shell that was discovered at the crime scene.

In a separate incident over the weekend, officers attached to the Criminal Investigation Department carried out an operation including the issuing of a search warrant on a vehicle registration number PAK 92, a silver Honda which was driven by Gabathro Bernard, 22 year old plumber of Morne Longue.

The officers found one black Hand-made gun along with one hand made round of ammunition in the vehicle.

A search was done on Bernard and one round of ammunition was found in his pocket.

The suspect was detained for questioning in connection with possession of a firearm and ammunition.

Police also had to respond to a Causing Harm incident in St. Andrew.

26-year old Jamie Dowden of Castigne, St Andrew’s filed a complaint against an individual by the name of Benge of Lower Capital for striking him on his neck and right hand with a cutlass in which he requested court action in the matter.

In another incident, one other Castigne resident, 34-year old Abigail Adnaria called the police to make a report about the owner of three (3) ferocious dogs believed to be pitbulls.

She said the dogs were always loose and often rushed out at people whenever they passed along the main road.

Adnaria requested the police to give a warning to the owner of the dogs.