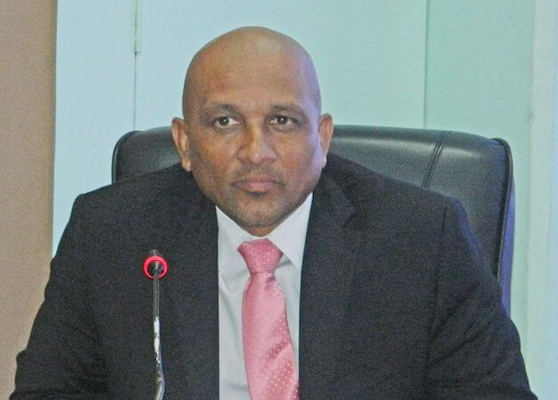 …It would appear that the recent emergency powers and regulations which were in force for the last few months were illegal, invalid and void.

Those were the words used by a noted Caribbean legal luminary who has just commented on the decision taken Sunday by the ruling New National Party (NNP) government of Prime Minister Dr. Keith Mitchell to withdraw the controversial coronavirus bill in the face of mounting opposition in the country.

It was THE NEW TODAY who brought the contents of the bill for public scrutiny in an article on its website on Saturday.

The attorney-at-law had stripped the bill apart on Friday night and questioned the intention of the bill that was put together by the Office of the Grenada Attorney-General, headed by Guyana-born barrister-at-law, Darshan Ramdhani.

He welcomed the decision of the government to pull back the bill since it was making too much intrusion into the rights of citizens as guaranteed under the Grenada Constitution.

As a public service, THE NEW TODAY highlights an opinion editorial from the distinguished Caribbean jurist on the flaws of the Grenada Bill that will no longer be taken to Parliament for passage on Wednesday by Prime Minister Mitchell:

There is so much that one can say about this Bill because it is riddled with measures which exceed the proper and legitimate use of Parliament’s law making power.

The Bill which describes itself as the Coronavirus Disease (COVID-19) Control Bill, 2020, is misleading. It should appropriately be called Grenada People Control Bill, because that is its sole object.

This Bill appears to be a piece of public order legislation masked as a public health measure, when in fact it is a Suppression Bill. Its object is not control of any virus, but of people.

First of all, it strikes me that this measure is not legitimately concerned with Covid -19. There are other laws in existence on the statute books in Grenada, when employed will have and certainly have been adequate in dealing with the threat and effects of the Covid-19 pandemic.

Indeed, this same Government boasts of their management of the pandemic by touting that Grenada is Covid free. So one must ask, why this sweeping and extreme measure now?

Part II of the Bill
Power given to the Minister in sections 5-9 are overbroad and open to abuse. There is no objective criteria by which the Minister is given power to permit businesses and establishments to be open, to operate and do business. It is an outlandish discretion. Which is offensive as it is absurd. This is dangerously open to abuse.

The Minister is given power to close people’s business for perceived non-compliance, again no objective criteria. Power also to regulate freedom of movement and modes/means/methods of personal liberty, which is objectionable.

Part III
Police and immigration officers who have no scientific training or qualifications suitable to the subject of the virus is empowered to curtail persons’ liberty, detain them upon suspicion of being infectious. Those same agents of the Executive are given power to determine the extent of any limitation they place on a person’s liberty and freedom of movement, a matter only the High Court is constitutionally entrusted to assess; not policemen! (Sections 10- 13).

The predicate in the Bill for the exercise of these powers is the forming of an opinion that someone is “potentially infectious”. That is an improper and invalid basis for bulldozing through the fundamental freedoms of people. Imagine, your rights can be severely limited or restricted or even taken away on the basis of a policeman’s suspicion, or a health officer’s suspicion!!!

Panic is not a licence to suppress.

Dangerously too, in section 14(2)(f) a public health officer or specified person (police) has power to install surveillance applications on your mobile phone on instructions of the Minister. In other words, they can put spyware on people’s phone!! They want to use Covid-19 as the pretext to do this, clearly, it would seem to me.

Section 14(3), powers of restriction of movement may include total control of persons or any specified business. They are arrogating to themselves complete power over people’s movement in every aspect! This is serious.

This Bill and its provisions are impermissibly overbroad, sweeping, disproportionate and injurious to fundamental rights.

The Government’s desire for an extension of the state of emergency is only to be able to interfere and hinder fundamental freedoms and get away with it. If there is no evidence of widespread transmission of the disease in the community, there is no justification for continued restriction, curtailment or interference with people’s basic rights.

The limitation on people’s rights by the measures of the last few months was a response to the fact of community transmission of the disease.

States of Emergency are not arbitrarily imposed on the people. They are not imposed because a leader is in panic mode! There must be objectively justifiable security and public order threats.

Section 16 is another assault on fundamental rights and democracy as it purports to empower the Executive and its agents to hide behind offensive ‘word of mouth’ orders and give them validity, since orders and directions which result in interfering with and contravening people’s rights can be given orally (no paper trail – total deniability by executive actors).

Moreover, police officers and immigration personnel are given power to determine what degree of interference with your rights is proportionate!! In other words, they will determine how much of your rights they hinder or take away! This is lunacy!

Power is given to restrict any ‘communication’. That means any form of communication can be restricted, interfered with or suppressed under the guise of Covid control. This is very conspicuously unconstitutional a measure. It is insidious and dangerous.

Part IV
Curiously, section 25 seeks to expand the powers the Cabinet purport to arrogate to themselves.

Section 25 (3) purports to restrict the exercise of the Governor-General’s power under section 17 of the Constitution and confine it to being exercised only on the advice of Cabinet or a Minister.

There is no linguistic support in section 17 for the proposition that the GG’s power is only to be triggered when advised by CABINET. If that were the case, it would have been easy for the drafters of the Constitution to deliberately say so. The Constitution does not say so.

Already, as things are, it would appear that the recent emergency powers and regulations which were in force for the last few months were illegal, invalid and void.

The power to regulate the application of the emergency powers is incidental to the power to declare the state of emergency. The Governor-General is the authority to make those regulations.

Any regulations under which offences are created during the state of emergency must be promulgated by the Governor-General, not the Cabinet. Cabinet has no relevant authority in this regard.

The Governor-General may delegate to an official or body, by regulations he or she makes, the performance of certain functions in aid of the application or exercise of those emergency powers, but cannot pass a law where some other body, like cabinet, supplants the Governor-General in this function.

In my opinion, for those reasons, the Emergency Powers Act which purports to give the Cabinet emergency powers and regulatory powers over the application of the emergency powers donated to the GG under section 17 of the Constitution is ultra vires or beyond the legitimate law making power given to Parliament.

It means that those offences created under those regulations and under which people were charged during curfew time were null and void.