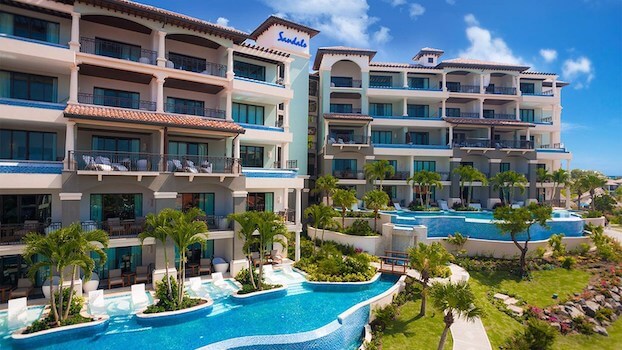 The Keith Mitchell-led New National Party (NNP) government has warned the international hotel chain, Sandals that it can expect action to be taken against it if steps are not taken to bring about 100% mandatory vaccination of its staffers against the deadly Covid-19 virus.

The warning was issued in a letter from the island’s Acting Chief Medical Officer (CMO) in the Ministry of Health, Dr. Shawn Charles to the General Manager of Sandals in Grenada, Peter Fraser.

The letter expressed concern over the fact that just over 50% of the workforce at Sandals are fully vaccinated and indicated that it runs the risk of being declared as “non-compliant” to the directive given by health officials.

In December, there was a war of words between Sandals and the Mitchell’s ruling New National Party (NNP) government following reports of the discovery of a Covid-19 cluster of cases linked to the world renowned hotel.

Sandals took strong offence with claims made by the government that the all-inclusive resort was responsible for the outbreak.

Following is the text of the letter sent from government to the resort’s manager expressing concern about the slow pace at implementing the mandatory vaccination policy in the hotel sector: 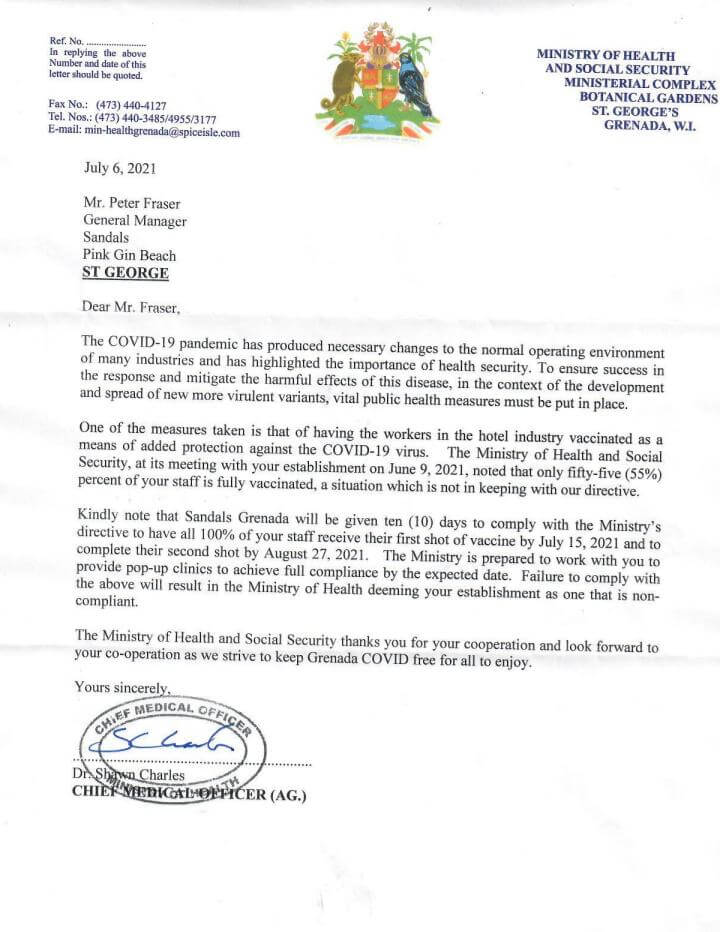