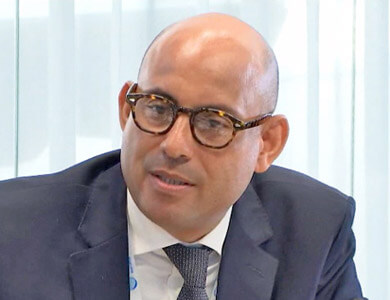 The ruling New National Party (NNP) government of Prime Minister Keith Mitchell is expecting a grant of US$1 million worth of equipment from the Japanese government, which will allow for better management of the scourge of the brown sargassum seaweed, which has been littering the beaches along the eastern, and northern corridors of the island since 2014.

This was disclosed by Simon Stiell who holds the post of Minister for Climate Resilience, and the Environment in the administration.

According to Stiell, there has been a “delay in the acquisition process for the equipment” which was “supposed to have been shipped (here) since last year” due to the COVID-19 pandemic.

In an exclusive interview with THE NEW TODAY last Thursday, the minister said that “the process for securing the equipment is on the way, and we are expecting that delivery anytime now.”

He said that floating aquatic boons, which are designed to control the impact of seaweed, algae, and other invasive marine plants, and can be used to secure an area from aquatic plants and debris that would otherwise litter beaches, are among the equipment expected from the Japanese government.

He stated that once the equipment is on the island “a comprehensive programme for sargassum can be deployed, which will improve on where we are now….working with our development partners.”

“The boons can be deployed dynamically to keep plumes of sargassum offshore,” Stiell explained, noting that fishing vessels can then be able to pass around it.

“For the sargassum that does come closer into the waters or onshore,” he said, “there will be equipment to collect and remove the sargassum offshore, and in terms of what comes on shore to be able to manage that as well.”

During the 2022 budget debate in the Senate last December, Stiell, who was also the Leader of Government Business in the Upper House of Parliament, acknowledged the “annual influx increase” in the sargassum, over the years, which creates an “unpleasant” stench as it rots.

He acknowledged that the sargassum invasion significantly “impacts our fisher folk, who can’t get their boats out, and when it comes on the west coast in terms of our tourism belt it affects that negatively.”

He also said that the “Ministries of Fisheries, Infrastructure, Environment, and Finance, have been working together over the last three (3) or four (4) years in terms of finding ways in which we can manage it because we cannot eliminate it…”

The Political Leader of the main opposition National Democratic Congress (NDC), Dickon Mitchell has chided the Keith Mitchell-led administration, which he believes has “failed” to address the sargassum seaweed issue in a meaningful way, and to capitalise on the use of the sargassum seaweed as being done in some regional countries.

Dickon Mitchell outlined the NDC’s plan to “capture the sargassum before it gets to shore,” before it has the opportunity to “damage the engines of the boats (and) creating skin rashes to our fishermen, and the people who go on the beach and have to wade through the sargassum,” and to “conduct the necessary research on it.”

He told a Town Hall meeting in Grenville, St Andrew that research will be done to create products from the sargassum and if given the opportunity, a Congress government will address the issue in a “way that will create economic activities for St. Andrew and St. David.”

In 2015, the then Environment Minister, Roland Bhola announced that the Keith Mitchell regime had approached China to consider using the sargassum for a fertiliser it produces and that the St. George’s University (SGU) was trying to confirm the variety and level of safety of the sargassum washing up on the coastline.

NDC’s candidate for the sargassum-infested St. Andrew South-east constituency, David Andrew, chimed in on the issue during a rally in the parish on Sunday, where he recalled that some time ago,“the government had brought in some heavy machinery in an attempt to remove the piles of seaweed.”

However, Andrew said that the heavy machinery when it picked up the sargassum took a large quantity of sand along with it contributing to beach erosion, and created another problem of seawater encroachment along the main road, which leads into and out of the Town of Grenville.

“So, they started to take out the sand, and the water started to come right up to the road and because that didn’t work nothing else was done (but) an NDC administration will address that,” he contended.

“We have already contacted a foreign company out of Martinique that specialises in capturing and researching sargassum to capitalise on the opportunities for product development, and export as is being done in other Caribbean countries,” he said.

In response to statements made by the Congress party on the sargassum issue, Minister Stiell disclosed that apart from the US$1 million worth of equipment expected from the Japanese government “we are in (also) discussions at an OECS level.

There is work that has taken place with an entrepreneur in St. Lucia, who has converted sargassum to fertiliser, there are a number of other initiatives within the region, and there is a regional discussion on how that technology can be licensed to other islands so we can turn that sargassum into a revenue generator.

I have heard on the (political) platform throughout this election (cycle) members of the opposition talking as if they have a new solution to this problem (but) this government, this administration already has extensive plans in place, and will be delivering on those in due course.”