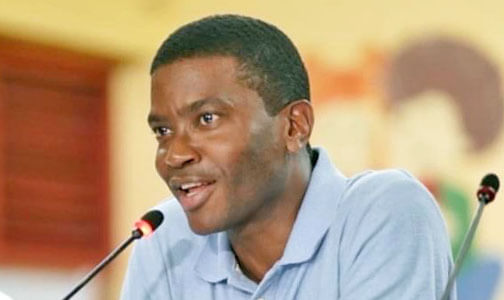 Prime Minister Dickon Mitchell has disclosed that “a middleman” was paid US$10, 000.00 to put a Polish national in contact with the defeated Keith Mitchell-led New National Party (NNP) government to negotiate the sale of a diplomatic passport.

It is the latest startling revelation about the open flouting of international relations by Dr. Mitchell and his regime to engage in the illegal sale of diplomatic passports.

This information was first carried several weeks ago by THE NEW TODAY in an expose of the deal.

Speculation is rife that several Caribbean Prime Ministers are also selling diplomatic passports and banking the millions in proceeds in Dubai safely away from the reaches of major western powers like the United States and Britain.

Prime Minister Dickon Mitchell gave further details of the Polish diplomatic passport saga in an interview with Vibes FM radio station on the weekend on the sister isle of Carriacou.

Following is an edited version of his remarks on the issue:-

I am using diplomat in the wider sense of the word – whether he was going to be a diplomat or Trade Counsellor or whatever term they were going to assign to him and if we were not going to proceed with the appointment he wanted his money back.

My response was obvious – we don’t know anything about that – could you ask him to send proof that he sent this money?

Obviously we were not going to appoint him as an Ambassador because we made it clear in any event that we were recalling all Ambassadors – we were in the process of reviewing. My comments about recalling ambassadors pre-dated us being aware of this individual.

I indicated this announcement a week or so after I was sworn in as Prime Minister.

So my position obviously was – we weren’t going to refund any money who in my view was going to get a diplomatic appointment via this route.

The gentleman has since written to the Government – because we obviously indicated that we are not returning any money – indicating through his lawyer, threatening legal action against the State.

Related:  Ambassadors to be named within two weeks

The Attorney General has to respond on behalf of the State.

(We) discovered that US$10, 000.00 was paid as a Finder’s fee to a gentleman who is the one who apparently introduced him to the Government Minister in Grenada in the Russian Embassy.

Whether or not any criminal wrong-doing was done – that’s not for me – that’s for the Investigative authorities to decide. It may be nothing criminal happened – and am saying if that’s the case, that’s the case.

The question for us as a state is – do we wish to continue doing things like that? The answer is no. We’ve made it clear that we do not intend to conduct our business like that.

I have no intention of voluntarily returning any money. If the gentleman takes us to court and the court says he is entitled to a refund of his money then as a law-abiding government we will comply.

But I am saying I have no intention of voluntarily returning the money because do you think when he sent the money to the Government of Grenada and sent it to the bank, he would say this is payment for the purpose of being appointed a diplomat. No, it would have been some investment, non-descripted term.

As far as I am concerned, the money that went into the NNP South party office – I am sure would have been used for party purposes. What else are they going to use it for – electioneering, campaign?

Am saying it is in effect using State power to leverage money for myself. It was specifically in relation to a Diplomatic passport – that’s the reality and I don’t think there is any dispute about that because he is not the only one.

If you have a Technical Fund that was funded that way – it meant that you were saying to people if you are interested in representing Grenada as a diplomat – most of whom were not original Grenadian ….. the government was saying to them if you pay us this money we will give you the diplomatic appointment and that is the system.

So there is nothing to argue or debate about ….. and am saying this – too many of us in Grenada like to pretend that we don’t know what is going on in Grenada.

Long before this administration took office, the names of these people were all over the place. If you did a search you could find countless names of ethnic Chinese or East Europeans who were “Diplomats of Grenada.”

So how were they becoming diplomats? This was widely known. So anybody who wanted to go online and see who were the Grenada diplomats, you will see that.

So the question is – why were they made diplomats at the expense of Grenadians? And you know the answer – because they paid for it.