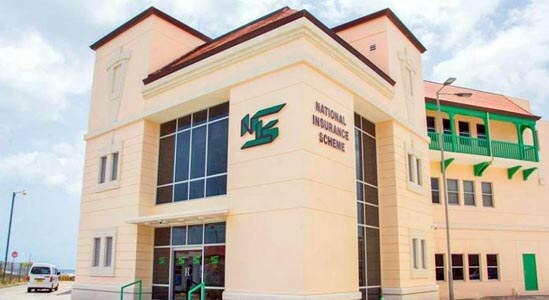 The NIS headquarters building located in the heart of the city

The state-run National Insurance Scheme (NIS) will have to undergo significant legislative changes to prevent bankruptcy in the next decade, and to secure pensions for Grenadians, according to the Minister with responsibility for the NIS, Phillip Telesford.

Addressing Tuesday’s post-Cabinet press briefing, Minister Telesford alluded to the numerous submissions made to the previous Keith Mitchell-led government by the Board of Directors of NIS for specific interventions and legislative changes aimed at strengthening the Scheme to ensure that it remains sustainable and that highly anticipated pensions are payable when due.

“What we have noticed is that a lot of these recommendations are still in their embryonic stage. Cabinet has approved but no further steps have been taken to ensure that the proper changes have been made,” he said.

“We have reviewed all of that and have come to the conclusion that immediate intervention and careful intervention has to be administered in order to save the NIS,” he added.

Minister Telesford, the Member of Parliament for St George South-east also used the opportunity to inform the public about the dire situation where the inflow for NIS dues is less than the benefits paid out under the NIS Act.

“The NIS presently is breaking deposits to pay pensioners because the inflows, the income from the payment of NIS dues is less than the benefits that are paid out under the NIS Act. Notwithstanding that we have a very youthful population, we are still at this stage paying out more than we collect. So, every year, NIS has to be breaking deposits to facilitate the payment of pensions to retirees,” he said.

“That is unsustainable,” declared Minister Telesford who is the newly appointed Minister for Social Development and Community Development, Housing and Gender Affairs.

Responding to questions posed by THE NEW TODAY, the senior government minister spoke of plans to adopt a scientific approach to evaluate and reposition the NIS on a sustainable path.

“What is critical is to address a number of people who are not currently paying NIS,” he said, noting that “part of the legislative framework that has to do with how do we treat with self-employed (individuals)” due to the fact that non-compliance is a major issue affecting the collection of revenue.

“A lot of self-employed people are non-compliant because either they don’t have the time to pay on a monthly basis or they have not registered altogether. What we are trying to do is to get everybody brought under the umbrella of the NIS and able to make their contribution,” he said.

Additionally, he said, the amendment being proposed is to allow self-employed people to make “annual payments as opposed to monthly payments” and even “pay as they so wish.”

The minister also alluded to other challenges to be addressed that encourage non-compliance with regard to the payment of NIS.

“As a matter of fact, if the NIS were to continue like this within the next 10 years or so, there will be no NIS. We have looked at information from throughout the region and we recognise that Grenada is behind when it comes to legislative changes to the Scheme,” he said.

“Grenada needs to do what is necessary at this stage to shift the retirement age gradually from age 60 to 65. That recommendation was made several times since 2004 by the Actuary until now,” he remarked.

Minister Telesford pointed out that “from the 7th Actuary Review back in 2004 to present, every single time, the Actuary requested that the requirement age be amended” but over the last 18 years or thereabout “the recommendations have been made for the amendment of the retirement age” which is proposed to gradually increase from 60 to 65, over a 10-year period starting in 2023 when the age will increase to 61.

Prime Minister Dickon Mitchell stated that his Government intends to act quickly in its approach to putting the NIS on a sustainable path, noting that the Scheme is “staring bankruptcy in its face if we do not take the necessary measures.”

The Grenadian leader said some major stakeholders, such as trade unions and the Public Service Commission (PSC) are willing to do what is necessary to facilitate the changes to save the Scheme, and this “is a testimony of the fact that we are partly in this situation because of past failures to act and we cannot continue like that.”

The new Prime Minister gave assurances that a public education campaign will be held before the legislative changes go for approval in Parliament.

The NIS was established in Grenada in April 1983 under the former left-leaning People’s Revolutionary Government (PRG) of executed Prime Minister Maurice Bishop and is comparable to what is called “Social Security” in other countries.