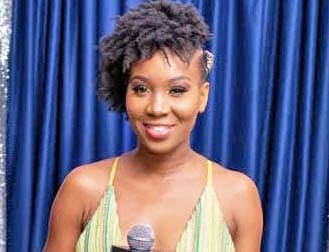 Inspired by the cancellation of last year’s Carnival to provide a virtual platform for top Grenadian entertainers to showcase their craft on one (1) stage, and bring entertainment to the homes of people stuck at home amidst the COVID-19 pandemic, the Upstage TV show returns this year, with another “therapy session” dubbed “Tabanca”.

According to Producer and Host of the innovative TV show, Chrislyn ‘Msy Chrissy’ Lashington, the event is scheduled for Sunday (August 8) at the Spice Basket venue in Beaulieu, St. George.

Lashington said that under normal circumstances, the Spice Basket theatre can seat 2000 persons but with COVID-19 protocols in full effect, a limited number of “500 persons” will be allowed to participate in the closed studio audience for the show, which will feature three (3) headline acts, 5-times Soca Monarch Boyzie, Groovy King V’ghn, and the legendary Tallpree, along with new sensation Lil Jelo, in a 3-hour programme from 6 p.m. – 9 p.m.

In an exclusive interview with THE NEW TODAY on Wednesday, the producer said “it was important to find a space where we can control all the varying elements to do the show,” which will be professionally recorded, and broadcasted on Upstage TV show’s Facebook, and YouTube pages on Carnival Tuesday night (August 10) at 8.p.m., and subsequently, on the Grenada Broadcasting Network (GBN), Meaningful Television (MTV) and, Tempo Networks.

“That is why we (the Upstage team) selected Spice Basket – we have a partnership with them in terms of hosting the show, and we are happy that they are excited as we are when it comes to doing this very new concept of shooting something virtually but also allowing very limited persons in the studio audience as well,” she added.

“We are diving into something very interesting but I think that we do have to find ways to adapt to the times…so, we are happy that we can execute the objectives of entertaining people, and giving entertainers a chance but also adapting to the times, because regardless, people will be in tabanca, and it has to be dealt with somehow” she said.

Explaining the idea behind the name of the show this year, Lashington said, with the second consecutive cancellation of the highly anticipated Carnival festivities, “we are all in some varying levels of “Carnival tabanca.”

“It will be two (2) years now without Carnival, which is a very long time…,” she added.

Tabanca is a creole word associated with a painful feeling of unrequited love.

Lashington cited the impact of the pandemic on the various aspects of carnival “from the economic aspect, the people who make a livelihood from Carnival itself (such as) the entertainers, vendors, various business places, the hospitality sector, the revelers and the masqueraders”.

“…We are all feeling ‘Carnival tabanca. So, we (the Upstage team) really wanted to find a way to showcase that tabanca, to express it, because as creatives, we can’t help but be creative, and (to) express what we are feeling,” she added.

Lashington also commented on the “overwhelming response” received from people locally and in the Diaspora “in Canada, New York and the United Kingdom (UK),” following the premiere of the Upstage TV Show last year.

The show produced eight (8) episodes, and one (1) special feature for Toronto Carnival, and took the format in which artistes were paired together “in a friendly clash” onstage “based on their styles of music,” which Lashington explained, was inspired by the May 2020 event between Jamaican Dance Hall artistes Bennie Man and Bounty Killer, where they paired up in a live event, and competed to decide who has the better catalog.

Noting that at one point over “4000 people” were watching the show at the same time, Lashington, who anticipates an even greater reaction to this year’s show said, “It was good to know that we were able to bring some life into the homes of so many people in lockdown.”

‘Tabanca’ headliner Boyzie, who also anticipates a great show, said “it’s great to be back on the stage again to perform for the fans, although not in the form that we all know it.”

“The name of the show is Tabanca, and that should tell you how bad we miss it, we reminiscing on the good old days. We (are) about to bring a performance for you to enjoy. So, stay tuned to that,” he told THE NEW TODAY Wednesday.

Tickets for the event, which will also feature traditional mas, some elements of drama, and a tribute to Francis Redhead and Associates Mas Band, for its contributions to Grenada’s Carnival over the last 50 years, are going for $25.00, and are available at Go2fete.com, and Grenadian Optical.