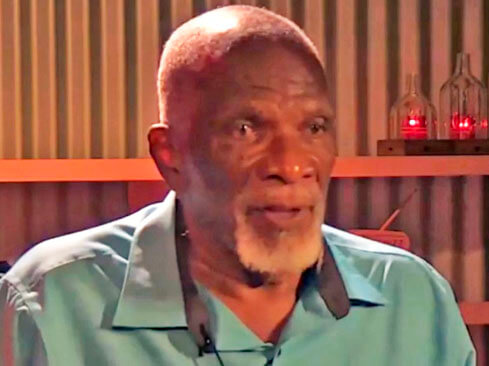 President of the Grenada Olympic Committee (GOC) Royston La Hee has called on corporate Grenada to financially support the development, and success of upcoming athletes, most of whom “come from very poor families.”

The call by the longstanding GOC President of 38 years, comes amidst the recent exposure of alleged financial discrepancies in a report that was submitted by the Deputy Chairman of the Finance Committee, Ralph Lord, involving EC$440, 000.00 given to the local sporting body by Olympic Solidarity (OS), an arm of the International Olympic Committee (IOC), for the development of sports within the tri-island state of Grenada, Carriacou, and Petite Martinique.

According to La Hee, this support is critical to the success of the athletes at the international level.

As part of its campaign, the home-grown Co-operative Bank partnered with professional local Singer, Sabrina Francis, to create a song called “Inspired,” and a music video, which is geared to rally support for the 6-member team that is representing Grenada at this month’s Tokyo Olympics Games.

Written by the female singer, and Dieter Burkhalter, ‘Inspired’ was motivated by the inspiration of Co-op Bank’s brand ambassador Kirani James to continue pursuing his professional athletic career, following physical, and emotional challenges due to the loss of his mother in 2017 and his battle with the Graves’ disease in 2019.

“Kirani has been with us for a long time. His journey has been 10, 11 years, and we have done a lot of work with him as a young man, and throughout his career to get to the top.

“Kirani was, and is a hard worker…we all knew in 2017 what he went through, and what he did to recover, and participate first of all in the 2019 World Championships, where he was in the finals but came fifth, and still to participate in the Olympics. It has been a challenge to him.

La Hee said that, while “we look at the athletes (like Kirani, who is Grenada’s only Olympic Gold medalist) at the top stage…upcoming athletes need a lot of support for them to (also) reach the top.

“Most of the athletes in Grenada come from poor families” the GOC President said, “and they need nutrition, training (and) physiotherapy…Let us not forget the athletes at the junior level, the upcoming athletes”.

“They need to be able to go to a doctor when they are injured … they need to be monitored, and they need to be supported…and, I would like to suggest to Co-op bank and the other financial institutions to consider, along with other companies in Grenada, to spare a thought, spare a dollar for the young athletes coming up to give support to them”.

“…The Grenada Olympic Committee hopes to participate in these Olympics, and to do well…we are going with five (5) athletes, seven (7) coaches, and trainers (and) I remember when we went to the first Olympic Games in 1984, we (only) had two (2) coaches, and about 10 athletes but the present athletes at the international level take a lot more support to be successful.

“So, we find that Kirani has a coach, Anderson Peters (World Champion Javelin thrower) has a throw coach, a local fella but Anderson also coaches Lyndon Victor in the throws, three (3) throws as a decathlete,” said La Hee in an attempt to paint a picture of the current situation.

“We have a pole vault coach to assist Lyndon Victor, we have a physiotherapist to work with the team, and of course, in the swimming we have Nathaly (Sihera) to coach the two (2) swimmers.

“So, the field is changing, and to succeed at the international level, we need support, we need to be able to tell our athletes that they would get the kind of support (that they may need) from trainers (and) doctors (et cetera) to ensure that they are fully fit to participate,” the GOC president added.

Sports Minister Yolande Bain-Horsford, who also addressed the Co-op Bank event, expressed “high hopes” for this year’s Olympic Games “based on the composition of this year’s team, and the tremendous successes, and performances” by the athletes at competitions leading up to the Olympics.

“…We have seen increases in the number of medals won at the CARIFTA Games, for instance, and, we also expect to see many more athletes out there representing the tri-island state in the future, as every year there is an increasing demand for our student athletes (who) are afforded scholarships to study abroad both regionally in Jamaica, and internationally in the United States of America and continue to exceed our expectations,” said the female Sports Minister.

“While we (at the Ministry of Sports) are aware that not everyone can win, we will be satisfied with some personal bests. And, if this means that a medal will be the end result then we will gladly welcome it,” Minister Bain-Horsford added.