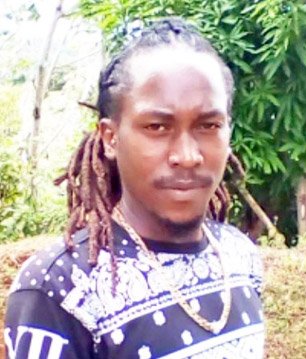 Two St. David’s men have posted bail in the sum of $200, 000 with two sureties after being convicted of sex-related offences at the end of their trial at the St. George’s No.1 High Court at the Clico building on Young Street in St. George’s on Tuesday.

Pomme Rose residents Nolan Morain, 30, and Rondell Hagley, also known as ‘Smalls’ were implicated in a Rape matter brought against them by a 14-year-old girl from a nearby village about nine (9) years ago, accusing them both of raping her at a house in Pomme Rose belonging to Hagley on July 11, 2011.

Both men maintained their innocence, after the 9-member jury, comprising six (6) women and three (3) men handed down the verdict before trial judge, Madam Justice Paula Gilford just after 4.00 p.m.

Due to the sensitive nature of the case members of the media were not allowed in court.

However, THE NEW TODAY understands that the facts of the case as presented to the court by State Prosecutor, Senior Crown Counsel Howard Pinnock during the trial, which commenced last week Monday, the teenager claimed that Morain saw her close to the house where the incident occurred, called her inside of the house, threw her on the bed and raped her.

Attorney-at-Law George Prime who represented both men confirmed that this was indeed the young girl’s evidence and she claimed that when Noland was finished raping her he called Hagley to come in and get his share.

It was Attorney Prime’s defense that the allegation was untrue and that the incident never happened, not on the day in question or with the young complainant as she alleged.

The defense attorney was unable to convince the jury of his client’s innocence but was able to secure bail for the two accused persons without objection from Crown Counsel Pinnock, pointing to the almost 1-year delay in the matter.

Justice Gilford stated that the court is not minded to grant bail to persons who have been convicted by jury, but went along with strict conditions since it usually takes a long time to prepare the various reports needed for sentencing.

Both Morain and Hagley were ordered to report to the St. David’s Police Station daily between 6 a.m. and 5 p.m, surrender all travel documents, have no contact with the victim, not commit any offence while on bail and not to leave the island of Grenada unless there is an emergency.

Justice Gilford warned that if they breach any of the conditions, bail will be revoked, and set April 6 as the tentative date for sentencing.

Sexual offences are dominating the January Assizes list comprising 84 out of the 181 matters down for adjudication in the High Court.