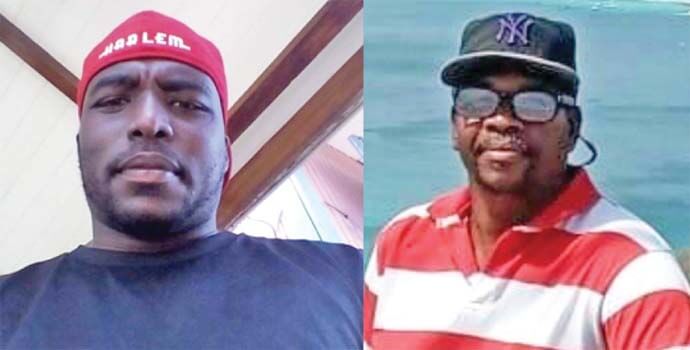 Two government workers have been arrested and charged with a total of ten counts of rape and sexual assault of a minor in Carriacou.

The arrest of Johnny Thomas, 58 years and Junior Stapleton, 38 years, comes just months after another child molestation case against Carriacou teacher Leslie Stewart was slapped with similar charges for sexual abuse of one of his students.

Thomas, who was charged for ten counts of sexual assault of a minor and Stapleton, three counts of rape, were brought to court on Monday and are currently out on bail in the amount of $20, 000 each with two sureties.

In an interview with THE NEW TODAY, the mother of the victim said she was alerted that something was wrong when a neighbour told her about gossip making the rounds in Carriacou regarding her daughter.

Thomas, attached to the Ministry of Sports in Carriacou, is said to have been like a father figure to the girl who had been friends with his daughter since primary school and was trusted by her family.

The mother said the child spent a lot of time at his home doing school work since her family did not have internet access at home and after some time Thomas gave her a bedroom to use by herself and it was then that the sexual abuse started when she was still sixteen years old.

He gave her a room for herself and then started forcing himself on her, said the distraught mother who added, “I always say I want justice for my child because I trusted that man.”

The mother explained that Thomas did not just abuse her daughter by himself but also shared her with a friend whom the police have not charged because the victim was not able to give full details of who he is.

According to the mother, all they know is that he is a friend of Thomas and that his name is Mathew.

In the case of Stapleton who is an ambulance driver with the Ministry of Health, he is accused of blackmailing the victim into having sex with him by threatening to release a video of her in a compromising situation with another male.

The mother said, “He told her that he would expose the video if she didn’t have sex with him so she had no choice”.

Stapleton, who is also a Lay Preacher in Carriacou, has been denying the blackmail in voice notes and text messages sent to the victim.

The mother has criticised the police for not informing her of their progress in the investigation.

“They charged them and they didn’t even call me and tell me about it. On the street I heard it,” she said.

She said her daughter has been deeply affected by the situation and ran away from home to mainland Grenada when rumours started circulating about what had happened.

In text messages exchanged with the victim last year when police began investigating the matter, Thomas asked her to relate to him what she told her mother and the police.

In several message threads he also asks whether “it would be ok” if she received $5000.00 which she was demanding in order to leave the country and go to England.