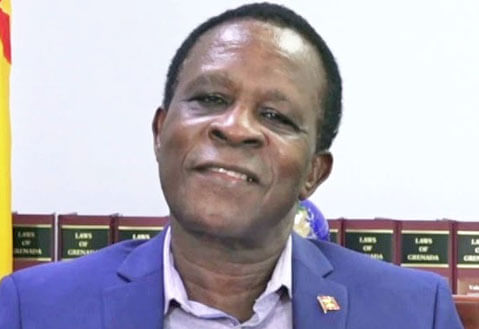 …The Prime Minister is twisting the truth.

That’s the charge made against Prime Minister Dr. Keith Mitchell by a senior trade union official on the island in reaction to claims made last weekend by the Grenadian leader that government and public sector unions have reached agreement on Pension Restoration.

The trade unionist was privy to the discussions taking place between the Government Negotiating Team (GNT) and representatives from the Public Workers Union (PWU), Grenada Union of Teachers (GUT) and the Technical & Allied Workers Union (TAWU) that culminated in the signing of a Memorandum of Understanding on Pension two days before the 2018 general elections.

He recalled that GUT and TAWU signed the deal prior to the election and PWU did so two weeks after the poll in which Mitchell’s ruling New National Party (NNP) returned to power with a 15-0 drubbing of the main opposition National Democratic Congress (NDC).

“It was a Memorandum of Understanding that we jumped out of. We jumped out of it because it could not stand up to what we wanted,” he told THE NEW TODAY.

The trade unionist said the MOU is no longer on the table since the unions have taken the matter of pension to court in order to seek a ruling that the payments have to be made in keeping with a 1958 legislation that provides for the sum due to public officers to be calculated on 66-and-two-third of their last salary.

“There was no agreement but basically a Memorandum of Understanding and the unions have decided that they are no longer associated with it and hence the court action taken on Pension,” he added.

He went on to say: “So the Prime Minister is twisting the truth. We never agreed to it- we did not agree to it. He’s not speaking the truth. What he’s saying is make up – is falsification. It is false truth – a twisting of the truth. That is the alternative truth he’s giving dey, alternative facts, not truth – that is not the real facts. He ain’t speaking truth.

The pension provision for public sector employees was affected by an act of the 1979-83 left-leaning People’s Revolutionary Government (PRG) of slain Prime Minister Maurice Bishop when it suspended the Grenada Constitution after seizing power in a coup d’etat against the Eric Gairy government.

The revolutionary leaders sought to address the pension issue with the creation of the National Insurance Scheme (NIS) in 1983 which is not as far-reaching in financial terms as the provisions in the constitution.

According to the senior trade union leader, the unions “were conned in the agreement” because as soon as the NNP won the last election it told them that how they interpreted the MOU is not what it really meant.

That MOU, he said, was a compromised position agreed to by the unions and “wasn’t a normal legal pension according to the constitution”.

“It was not the constitutional pension – it was a pension that we compromised on and we decided to support persons who wanted to go because people wanted to go (out of the public service) and let them get their pension and go and we will forget the constitutional pension which any public officer could take the union to court and say we give up their pension,” he quipped.

“Any public officer after we did that (signed the MOU) had the right to take unions to court,” he remarked.

The veteran trade union leader pointed out that the agreement which the unions were trying to negotiate with the administration back in 2018 was for both pension and gratuity.

He said that the two union leaders who were in the forefront of the negotiations with government three years ago were the then PWU, Rachael Roberts and her counterparts in GUT, Lyden Lewis and not TAWU’s Andre Lewis as it represented only a small fraction of public sector employees.

The official indicated that as far as the unions are concerned the constitution makes provisions for pensions to be calculated on the basis of sixty-six-and two-thirds % of one’s salary which was considered as the normal pension.

He, however, said that the pension that was on the table with government for discussions consisted of contributions from NIS and government to make a combined payment of 70% of the salaries of workers – with government giving only 10% of the figure.

The union official recalled that one thorny issue that was not resolved was gratuity payment with government offering a mere 2% while the constitution pension provided for a payment of 12 and a half percent of a worker’s 26 and two-thirds years of service.

“This Prime Minister does come and falsify information,” he said and recalled the strike action and marches through the street after the 2018 poll against the 2% proposal which resulted in Prime Minister Mitchell docking the salaries of the striking workers.

The trade union leader stated that contrary to the claims being made by the Prime Minister, the pension matter is currently at an advanced stage before the court and that all the unions are waiting on now is a ruling from the presiding judge.

He said the final arguments in the case were filed last month by attorneys representing both government and the unions.