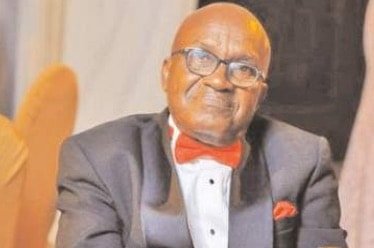 Justice Albert Redhead was proud of his Grenadian roots. For many members of the Grenada Bar, this was their instinctive shared recollection on learning of his passing. His was a story all too familiar to those of his generation.

From humble beginnings – in his case starting at Grenville Vale, St. George, Grenada – he was born to parents who recognised the transformative value of a good education as a springboard to personal development. His school journey took him from St. Luke’s Anglican School and later Presentation Brothers College in Grenada, to the loftier academic heights of London School of Economics and eventually to admission at Lincoln’s Inn.

Justice Redhead belonged to that great West Indian generation which left their homes to seek a better life in Great Britain and achieved excellence against daunting odds of bigotry, intolerance and hardship.

During his youth, his passion for law was inspired by the late George E. D. Clyne, in whose Chambers he served as a law clerk at the then Tyrrel Street in Grenada, for a time. On returning to Grenada in 1973, after qualifying as a barrister, he briefly shared an office with former Attorney-General, the late Lloyd Noel.

His brother Alban reflects that the turbulent history of Grenada in that period, may have hastened his early departure from Grenada. Yet he never lost his love for the place, often returning to visit his home village when he presided over matters in Grenada even as a Justice of Appeal.

In the end, though Grenada proudly claims him, in truth he was by his life’s work and outlook the quintessential Caribbean man. His service variously as Registrar, Magistrate, High Court Judge and Justice of Appeal took him to St. Kitts, St. Lucia, Montserrat, Antigua and elsewhere in the Caribbean.

Every stint was marked by dedication to the cause of law and justice and the people of the Caribbean, whom he continued to serve even after his retirement as Justice of Appeal from the Eastern Caribbean Supreme Court. The story is told that when his acting appointment as Judge in Tortola was nearing its end, an unsolicited offer was made for a private contribution to fund an extension to his appointment. Such was the mark he made to improving the criminal justice system in that Territory during his brief time there.

On behalf of the Grenada Bar Association, I extend deepest sympathy to his wife June and all his family in Antigua and also to his brother Alban, nephew Kyron and other family members in Grenada and elsewhere.

May he rest in eternal peace.