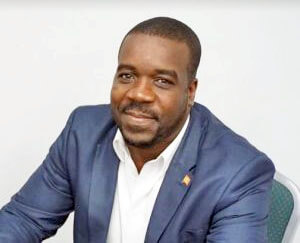 The implementation of the Grenada Transport Commission (GTC) is considered a significant step by government towards the development of the transport sector in Grenada.

However, it has quickly become an issue of conflict for members of the National Bus Association (NBA) who are not pleased with government’s decision to not give them a seat on the Commission.

The association has been clamouring for a seat on the Commission, formerly known as the Grenada Transport Board.

Government is offering the busmen a seat on a stakeholder committee to be established under the Commission which has disappointed members of the Association who have since taken to various platforms to voice their concerns.

The busmen are contending among other things that they contribute millions to government’s coffers every year through taxes applied at the gas pump but are being denied a voice.

Newly appointed Transportation Minister, Senator Norland Cox has rejected the statement, saying that is not the case.

“There has been no disagreement between the National Bus Association and government,” he said in an attempt to clear the air on the issue during the weekly post-Cabinet media press briefing.

Sen. Cox told reporters that he recently “met with members of the Bus Association and they raised the issue (of having a member on the Transport Commission) and we discussed in length and I did indicate to them the challenge why we choose not to go that route and presented to them an alternative – a formal way that they can engage…”

“What we indicated to them is that we (are) going to have a formal arrangement through a Memorandum of Understanding to establish what we call a Stakeholder committee (under the Transport Commission, which will comprise all the various stakeholders – the taxis, buses, truckers, bikers – and so they will be engaged through a formal process…and from the stakeholder committee those recommendations will come before the Commission,” he said.

The Transportation Minister said that “the Association had indicated interest in knowing what the MOU would contain”, and he added, “We have not met as yet to flesh out the matter.”

According to Sen. Cox, he is “surprised” by some of the rumblings now coming from members of the Bus Association.

“… I don’t think there is anything that warrants or gives an indication of any conflict or any disagreement. So, I am just a little bit lost as to why some of the issues,” he added.

The NBA reiterated its call for representation on the Commission and also expressed discontentment with government’s decision to not allow the association to choose a representative to be a part of the 7-member Commission, which will be responsible for regulating the transportation sector in Grenada.

The NBA membership is insisting that they “need to be a part of such a Commission as it significantly impacts the livelihood of many bus owners and operators and they believe that they have a role to play in the managing and execution of public transportation.”