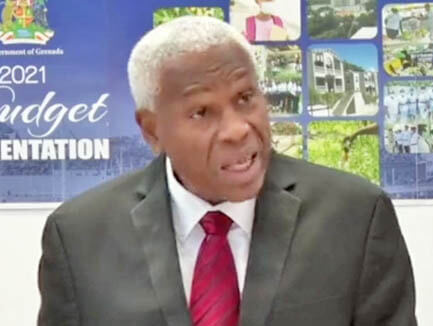 Finance Minister Gregory Bowen has announced plans to incorporate a “transitioning strategy” into the Ministry of Education’s so-called new IMANI programme, aimed at helping graduates to find permanent employment as part of government’s transformation agenda for 2021.

The announcement came last week Wednesday, with the delivery of the EC$2 billion dollar 2021 Budget under the theme, “Toward Vision 2035: Recovery, Transformation and Resilience,” during a sitting of Parliament at Mt. Wheldale.

Minister Bowen, who is also the Leader of Government business in the Lower House of Parliament, pointed to a “43% increase in the budget” to support the IMANI programme, which is geared at creating employment for the nation’s youth.

“This programme seeks to address the fundamental challenges associated with transitioning from the IMANI programme into sustainable jobs. Under the programme, service providers would be engaged to provide services to the government and in the private sector,” Minister Bowen told the House.

The programme is to be implemented under the stewardship of Youth Development Minister, Prime Minister Dr. Keith Mitchell, who is also responsible for National Security, Public Administration, Home Affairs, ICT and Disaster Management, which has been given a total allocation of EC$73.3M (5.9% of total expenditure).

After the budget presentation, Interim Political Leader of the main opposition National Democratic Congress (NDC), Adrian Thomas was critical of the functioning of the Imani programme.

“We have not developed over the years, a strong sector where we can have permanent jobs,” said Thomas who spoke to local reporters after the budget was presented.

“A lot of money will be spent on the young people – after 20 years the government is just thinking of having a new IMANI programme. Where are they going with that in 2021? The youth would not fall for that,” he said.

“What we believe is that the unemployment has to be addressed and we have to be focused on empowering the young people of this country. We cannot continue mamaguying them and because election is just around the corner, they want to give them (youth) the feeling that they are serious about it.

“They are not serious. 20% unemployment is really a fake figure…it’s much more than that.

Thomas went on: “It shows that the government and the ministers, their feet are not on the ground and they have to address not only unemployment but underemployment.

“There are too many people being mamaguyed and fooled by being given a temporary job with a stipend. Some of them in the IMANI training for over two, three, 10 years and they are not being empowered. So, we are advocating that any employment that is taking place with the young people they must be empowered.”

However, government Senator Judd Cadet had a different opinion from the Interim Leader of NDC and described the 2021 budget as one that was being “very hopeful”.

Cadet told reporters that “the budget was a clear indication of government’s commitment to providing significant opportunities for Grenadians, particularly young people.”

He said: “You would notice that youth is the fifth largest allocation but I would say it’s much more because Education (we see) EC$124M budgeted there providing significant amounts of opportunities for people in the educational field. For example, those who are going to get scholarships…there’s (also) heavy emphasis on youth in agriculture and sports – young people are also captured there.

In an interview with the Government Information Service (GIS) following the budget presentation, Prime Minister Dr. Keith Mitchell expressed the view that the 2021 budget “is meant to give hope to people,” especially in these COVID-19 times.

“This is real difficult times…2020 was very difficult for everybody and people would want to know what is the plan for 2021″, the Prime Minister acknowledged, expressing optimism that there will be improvement in opportunities particularly in the construction sector”.

Dr. Mitchell said that construction is the one expected to “drive the economic activity (in 2021)” in spite of the threats posed by the negative impact of the COVID-19 pandemic, which has dampened economic growth in countries worldwide”.