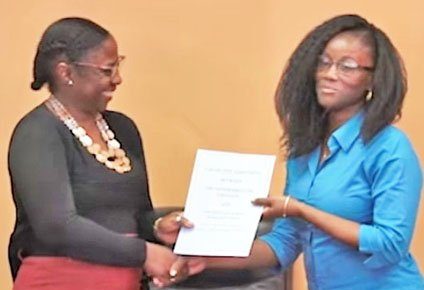 As of January month end, public workers are expected to realise a 4% increase in their salary, in keeping with an agreement signed between the unions and the Government Negotiating Team (GNT) following intense negotiations.

However, although an agreement was signed between the leaders of the Public Workers Union (PWU) and the Grenada Technical & Allied Workers Union (GTAWU) and the GNT last week Friday, following intense negotiations, union leaders are fearful that members categorised as ‘unestablished workers’ may not benefit from the 4% increase in this 3-year cycle, 2020, 2021 & 2022.

This was the contentious issue contributing to the unions not signing onto the agreement when they met with the GNT on two prior occasions earlier this month.

In an interview with THE NEW TODAY on Tuesday, PWU President Rachel Roberts said while “the government did indicate that all members would benefit from the increases, concern still lingers as “government is appearing to discriminate against one category of workers.”

“We represent public officers and if public workers are entitled to the 4% (then) all public workers should get the 4%, whether they are established or unestablished, whether they are daily paid, contract workers, all of them should get it, because we sit side by side on a daily basis and we do the same work and therefore there should be no discrimination at all,” Roberts said.

“Government is appearing to discriminate against one category of workers (and) we have said that we will continue to lobby and to negotiate with government to ensure that all workers receive that 4%…and we would do whatever it takes, no matter what it is, we will do it to ensure that our members best interest is served. So, we are prepared to do whatever it takes to safeguard our membership,” she added.

The PWU President is also encouraging workers to practice “financial shrewdness”, expressing the view that these increases are not significant “because it would not make your (workers) salary better off than it was before (but) go back to just what it was when all the increases and all the taxes and everything else is taken out from it.”

Following last week Friday’s signing, which was done at the Cabinet room just after 2:30 p.m., President General of the GTAWU, Senator Andre Lewis, told reporters that although there are concerns, it is expected that all of their members, established and unestablished, will realise the increase.

“We have completed the process in terms of reaching the state of signing for salary increases for the period 2020-2022…and it is our expectation that all our members would get the increase,” the GTAWU President General said.