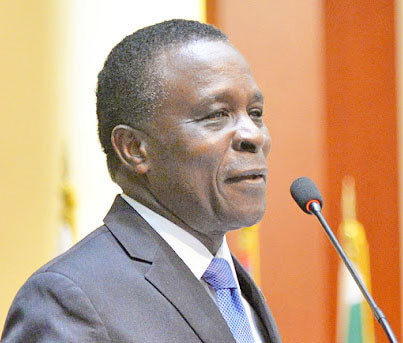 A leading trade union official on the island has categorically denied claims made by Prime Minister Dr. Keith Mitchell at a public forum involving members of the ruling New National Party (NNP) in St. Andrew North-east that the issue between government and public sector unions over Pension for public officers will no longer be settled in court but will be resolved through a negotiated settlement.

The Prime Minister made the revelation when responding to a question asked by a constituent last Thursday night on the status of the court case between the government and the trade unions in this country with regards to the Pension Disqualification act.

The Public Workers Union (PWU), Grenada Union of Teachers (GUT) and the Technical & Allied Workers Union (TAWU) have been battling government for over 30 years now for a restoration of pension for public officers that was brought to an end by the 1979-83 left-leaning People’s Revolutionary Government (PRG) of late Prime Minister Maurice Bishop on the introduction of the National Insurance Scheme (NIS).

The Grenada high court has ruled that the action of the PRG was ultra vires the island’s constitution.

The issue of the status of the restoration of Pension to public officers was raised at last week’s meeting held in the rural constituency of Youth Minister Kate Lewis.

In response, Prime Minister Mitchell said, “We have agreed that we need to deal with the pension issue, the Pension Disqualification act – we agreed with the unions … this whole court case – we have not pursued it – that is something that we have agreed to.

“The whole question of how we go about it, how do we correct it is something that we have to be careful with because the cost – if we go back to the period – way back and have the same system of the colonial period and we invoke that Pension Disqualification act we could owe a billion dollars plus and there’s no government who will be able to do that.

The Prime Minister went on to say: “So that is something we are working through – we have a Pension Team working with the trade unions and other bodies to come up with the best formula so we can correct some of the injustices that that act caused a lot of people in the public service over the years.

“We have done some work in helping some of those persons but there is still a lot more work to be done but we have not given up on this but as you know Covid-19 has put a lot of things on the backburner for a little while because of the problem financially and others that we are all facing but that is something we are working on”.

When contacted for response to the Prime Minister’s statement, a leading union official indicated that Dr. Mitchell might be suffering from “a lapse in memory” as there is no discussions taking place between the two sides on the Pension issue as the matter is currently before a judge in the local high court.

“We have taken them to court so how he could say that,” said the union official who expressed alarm at the utterances of PM Mitchell.

He said the unions wrote to their lawyer earlier in the week to find out the status of the case since the last hearing was affected by the onset of the coronavirus pandemic.

He told THE NEW TODAY that after writing to the Supreme Court Registry, the lawyer was informed that the files are before the judge and that the office is awaiting a date for the next hearing of the matter.

According to the official, all three unions are pursuing the case against government – PWU, TAWU and GUT and the negotiations that were taking place have ended months ago.

He said the unions are no longer interested in any “negotiated pension” with the Mitchell administration as no headway was being made in the discussions.

He stated that the unions took a decision a long time ago not to go the route of negotiations with government to try and resolve the burning pension issue but to take the matter to court.

“We decide we’re not going government route again to ask them for nothing. We leave them alone and we come out of the Ministry of Labour and we go to the court because we were not getting any resolution with government”.

According to the top union executive, the utterances of PM Mitchell on the issue is just not true because no public officer will decide not to take the matter to court to get it resolved when they want their pension from government.

“The unions will not drop their case,” he said, adding, “I don’t know which union he agreed that with. As far as I know all three unions are pursuing the matter”.

The senior union official noted that associations representing Police and the Prisons officials are not party to the court action as they are not a union but are giving support to the three unions in the court battle against the Mitchell-led government.

“I don’t know where he’s getting his information from but he (is not speaking the truth)’, said the union official.

“What he has to say is that the unions (are) no longer pursuing the matter through government and have taken their matter to court – he doesn’t know what’s going on”.

The trade unionist recalled that just before Covid-19 brought Grenada to a standstill in March, there was a scheduled court hearing of the matter but it did not take place as the Mitchell government requested an adjournment due to the fact that its lead attorney in the matter, Douglas Mendes, SC from Trinidad could not get a flight into the country.